Geoffrey Gitobu died on Monday after collapsing while at the IEBC Nanyuki office.

• The death of the 57-year-old officer sparked rumours online that he may have been silenced in relation to elections. 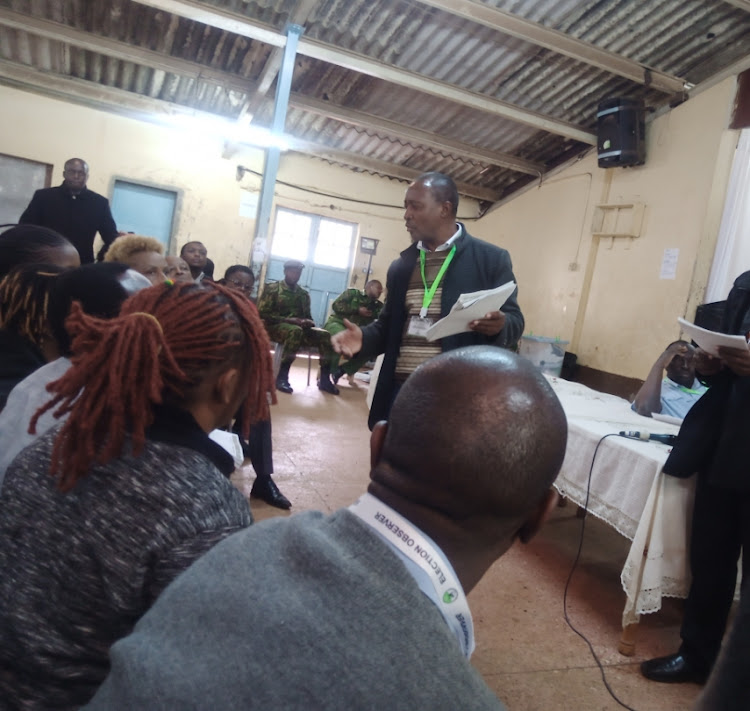 The DCI has dismissed claims that Gichugu returning officer Geoffrey Gitobu may have been murdered.

"We have received a report that an IEBC officer was murdered or killed in Nanyuki. That is not the position.

Somebody collapsed in town, he was rushed to hospital and at the hospital, he was confirmed that he was dead," Towett said in an interview with Citizen.

Gitobu died mysteriously on Monday after collapsing while at the IEBC Nanyuki office.

The death of the 57-year-old officer sparked rumours online that he may have been silenced in relation to elections.

Towett said a postmortem exercise will be conducted on Wednesday to ascertain the cause of death.

"We are investigating the cause of that death. We have opened an inquiry, the postmortem will be done tomorrow at 9 am. For now, it's sudden death and we take it like that as sudden death," Towett said.

On August 11, a returning officer in Embakasi East went missing before his body was found in Oloitoktok five days later.

Daniel Musyoka's family later linked his murder to elections saying his killers may have eliminated him after he refused to take a bribe to tilt the outcome of an election.

Gitonga said that the 57-year-old had never complained of any illness.
News
3 months ago