• There are hundreds of victims of terrorism in the country. 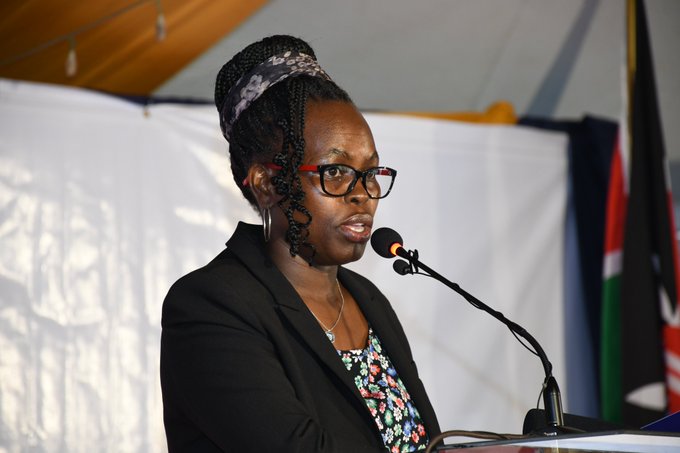 Acting NCTC Director Dr Rosalind Nyawira in a past event-

Kenya has committed to staying in solidarity and providing support to victims and survivors of terrorism.

Acting director of the National Counter Terrorism Centre, Rosalind Nyawira said the move is well spelt out in the National Strategy for Countering Violent Extremism (NSCVE) under the psychosocial pillar, which not only addresses the psychosocial needs of individuals who have been radicalised and even joined violent extremist groups but also in providing support to their families and social networks.

This includes offering free counselling services to protect and promote their mental health and psychological wellbeing.

“Further, through the County Action Plans which seek to localize the NSCVE and advocate for local and context-specific solutions, the centre is certain that progressively, a robust and deliberate engagement that advances the rights and needs of victims will be achieved, anchored in law,” she said.

This will be achieved through dialogue, building their capacity and skills, linking them up with support networks and working with community-based organisations that advocate for their interests.

Nyawira said Kenya acknowledges the important role victims and survivors of terrorism play in strengthening our national fortitude, indefatigable spirit and in our national healing.

She added that the government is committed to providing space where their voices can be heard, their needs supported and rights upheld in accordance with the law.

“The National Counterterrorism Centre will continue to work closely with other government agencies, civil society organisations, community-based organisations and International partners to craft an integrated and well-coordinated all of government, whole of society approach to address the plight of victims and survivors of terrorism.”

This she added is besides addressing the drivers of violent extremism.

She spoke Sunday, August 21 during the fifth commemoration of the International Day of Remembrance of and Tribute to the Victims of Terrorism.

This is a day that was purposely set aside by the UN in 2017 to mark, educate the public, raise awareness and conduct advocacy on issues affecting victims and survivors of terrorism.

Nyawira said terrorism continues to cause severe and extensive damage to life and property across the world.

“As countries and communities respond to its immediate scenes of horror, Kenya continues to strengthen and modernize its criminal justice system to effectively and decisively respond to the cowardly acts of terrorism,” she said.

She added that such acts transcend their immediate effects and carry with them reverberations that end up being felt long after the appalling act has been carried out.

“The victims and survivors of terrorism continue to negatively experience the effects of terrorism. These include those individuals who have directly been targets of an attack, those who have lost a loved one and innocent relatives or friends of perpetrators who inadvertently become ostracized by their communities.”

Besides the significant number of deaths and thousands of injuries, many people who witness the event end up suffering from post-traumatic stress disorders (PTSD), anxiety and or major depression, the Director added.

“Others become more susceptible to psychosomatic symptoms while others may end up using drugs and substances as a coping mechanism.”

Even though agencies have managed to control the trend of attacks in major urban and inland areas, the situation is worse in places near the Kenya-Somalia border where Somalia militants al-Shabaab keep breaching security and attacking with impunity leaving dozens dead and others injured.

This is despite campaigns to address the insecurity menace in the area.

This has affected the education sector, forcing tens of teachers who are non-locals to leave. Other professionals also escaped amid mounted security operations.

Yakub won with 5,702 votes against his closest rival Subey's who 3,888 votes.
Counties
5 months ago

The 71-year-old Egyptian doctor took over al-Qaeda after the death of Osama Bin Laden.
News
6 months ago