CS challenges school heads who feel overwhelmed to reach out to him, via a phone call 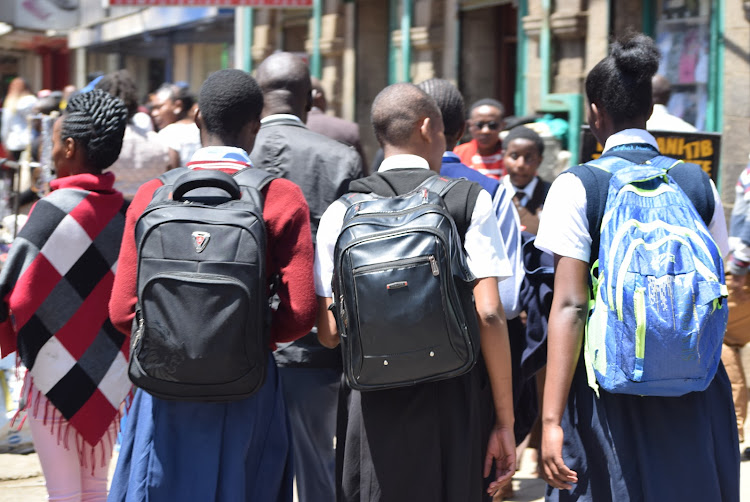 Students resumed on Monday after the two-week break to finish the second term.

The CS was speaking at Mary Leakey Girls on Thursday where he commissioned a Competency-Based Curriculum classroom.

“Can we agree that this should be the Thursday 18 declaration between the Ministry of Education, schools and parents,” Magoha said.

The declaration, he said meant to ensure no learner is sent home for having fees arrears.

Students will be in school for one month, close on September 17 and finish the third term by November 25.

“Parents should give children whatever they have and once children arrive at school they should not be sent back home,” he said.

Magoha challenged school heads who feel overwhelmed to reach out to him, via a phone call.

“My line is always open, you can call me. For students who are struggling, please in the name of God let us struggle with them,” he said.

This is an attempt to ensure learners spend the remaining four weeks of the second term in school.

Most schools that had already started administering exams will now pick up where they left.

“If you want to engage the parents most of them have phones, parents have suffered and we understand,” he said.

As students report to school on Thursday, they were hit by the normal transport crisis in congested bus stops.

The Star spoke to several students in Nairobi who expressed their thoughts on the interrupted school calendar.

Most Form Four candidates said they wished to clear without any further interruptions.

“I don’t want the calendar to be adjusted again, I wish to sit my KCSE exam in December, as we were told,” a student from Nairobi said.

This comes even after several education stakeholders asked the ministry to extend the school calendar.

According to the revised calendar, Form 1, 2, and 3 learners will have a one-month holiday in December.

By the time they resume school in January, the calendar will have returned to normalcy.

At the same time, Standard 8 learners will also sit the KCPE exam.

KCSE exam will be administered from December 1 to December 23. 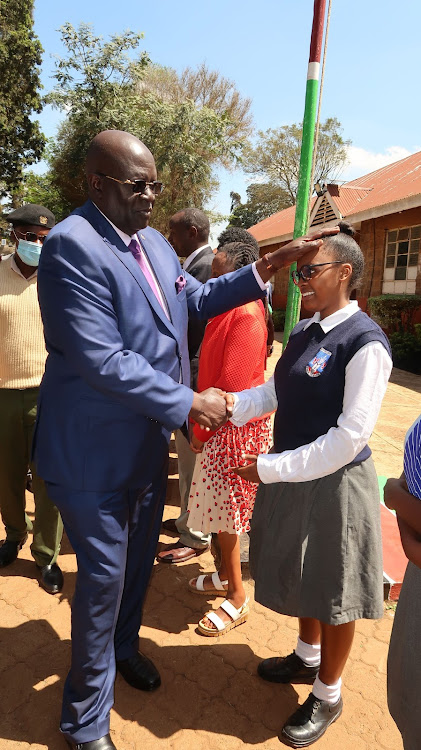 Education CS George Magoha greets a student at Uthiru Girls in Kiambu County where he commissioned a CBC classroom on August 18,2022
Image: WINNIE WANJIKU
Post a comment
WATCH: The latest videos from the Star
by LAURA SHATUMA and ALLOYS MICHAEL
News
18 August 2022 - 23:00
Read The E-Paper