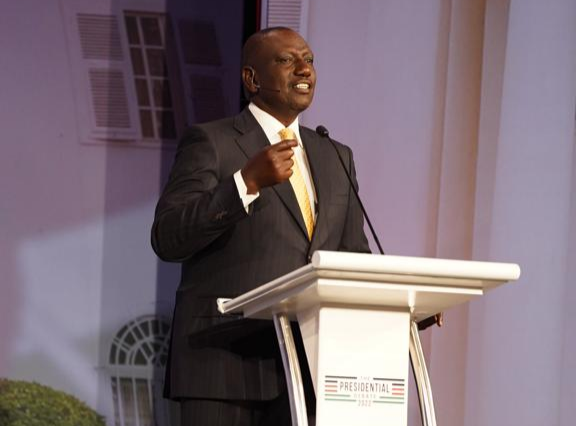 World leaders including the United States of America have congratulated President-elect William Ruto following his victory on Monday.

The US embassy in Nairobi described the election of Ruto as the fifth President-elect as a milestone and urged parties not contented with the results to challenge the results through the courts.

“Under the leadership of chairman Wafula Chebukati, the IEBC declared William Ruto as the presidential election winner. This is an important milestone in the electoral process. Going forward, we urge all parties to work together to peacefully resolve any remaining concerns through existing dispute resolution mechanisms,” the US said.

Museveni announced on Tuesday that he had contacted Ruto on phone Monday night and reassured him of his support.

“Further to my telephone call last night upon your victory, I wish to reassure you of Uganda’s commitment to continue partnering with Kenya in advancing regional and continental agenda through the East African Community, African Union and other multilateral platforms,” he said.

He pledged to work towards the enrichment of existing ties between Kenya and Uganda and strengthen regional cooperation.

“Our bilateral cooperation will score tremendous achievements and I look forward to working more closely with you. God bless Kenya. God bless East Africa,” he said.

“I congratulate the President-elect of Kenya, William Ruto, on his victory in the August 9, 2022, general elections. I wish him a successful inauguration and tenure in office while looking forward to more fruitful and robust engagements between Nigeria and Kenya,” his statement read

He pledged collaboration with Kenya on issues of cooperation including the fight against terrorism.

“Nigeria values Kenya as a strategic partner in the fight against terrorism and violence extremism. Between us lies a long history of friendship, economic and trade ties, and effective collaboration through various international organizations,” Buhari said.

Ramaphosa reiterated his country’s commitment to cooperating with Kenya towards speeding up peace and development in Africa.

“I offer my warm congratulations to the President-elect of the Republic of Kenya. A prosperous and united Kenya is an important prerequisite for and contributor to a prosperous and peaceful continent. We look forward to working with you in pursuit of #TheAfricaWeWant,” he said.

Mnangagwa lauded Ruto for his success exuding confidence that he (Ruto) will deliver on his new role.

“Congratulations to @WilliamsRuto on his election as the next President of Kenya. I have no doubt he will serve his country, his people and our continent with distinction,” he wrote on his verified Twitter account.

Tanzania’s Suluhu Hassan commended Kenyans for peacefully exercising their democratic right while pledging to work with Ruto in furthering cooperation.

“I congratulate the people of Kenya on their peaceful general election and the subsequent announcement of Dr William Ruto as President-Elect. We look forward to continuing working together with our brothers and sisters in Kenya to strengthen our historically close ties. Tuko pamoja (We are together),” she wrote on Twitter.

“My heartfelt congratulations to the President-Elect and the people of the Republic of Kenya for holding free, fair and peaceful elections. We urge all the parties to preserve peace, and disputes are resolved by existing competent legal mechanisms,” he said.

“Congratulations at @WilliamsRuto of #Kenya for your election victory. #Malawi looks forward to working with you in strengthening bilateral ties & cooperation,” Chakwera said on Twitter.

Raila, a veteran opposition leader, was making his fifth stab with the backing of the ruling Jubilee Party led by President Uhuru Kenyatta.

Mnangagwa expressed confidence that Ruto will be a reputable leader.
News
3 months ago