They said summation of percentages of votes awarded defied logic.

• The commissioners said the aggregation of the percentages of the results were a mathematical absurdity that defy logic.

• They also said the presidential results were announced in the absence of results from certain constituencies.

The four IEBC commissioners who rejected Monday's presidential results have given reasons behind their decision. https://bit.ly/3w3QxNR 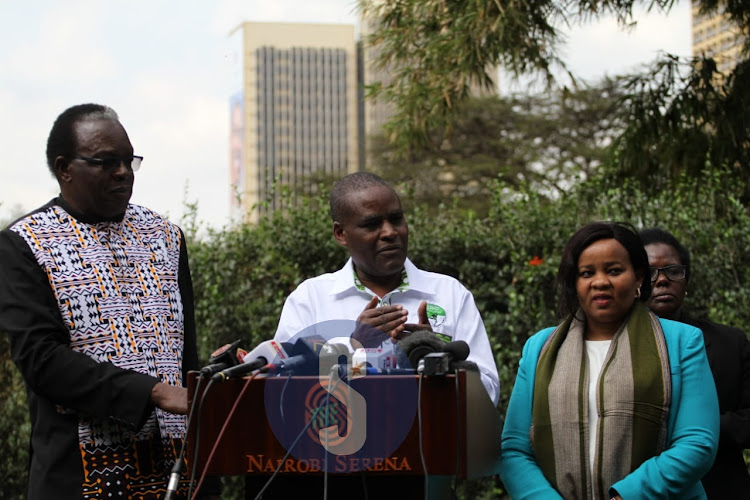 The four IEBC commissioners who rejected Monday's presidential results have given reasons behind their decision.

In a press statement read by vice chairperson Juliana Cherera on Tuesday at Serena Hotel, the commissioners said the aggregation of the results was a mathematical absurdity that defies logic.

They said that the summation of percentages of votes awarded to each of the four presidential candidates exceeded 100 per cent.

"This summation gives us a total of 100.01 per cent. This translates to approximately 142,000 votes which will make a significant difference in the final results," Cherera said.

"When we demanded that we verify the results, the chairman refused and insisted on declaring and announcing the results," she added.

This, they said was against the Constitution and the law.

"Unless demonstrated otherwise, we all know that the percentage represents a fraction of a whole number. For instance the 7.17 million valid votes cast in favour of the winning candidate translated to 50.49 per cent then it was 50.49 of what?" Cherera asked.

She was flanked by her fellow commissioners Irene Masit, Justus Nyangaya and Francis Wanderi.

The officers said the above reasons informed their decision to denounce the results.

While citing the Maina Kiai case, the commissioners termed the results declared by Chebukati as null and void  saying the court the case concluded that the law does not vest sweeping and boundless powers in the chairperson of the electoral body.

They said the law requires all the seven commissioners to approve the final results of a presidential election for it to be credible.

"This is his own results as opposed to IEBC," Cherera said.

She added that they also rejected the results since the final tally was announced in the absence of results from certain constituencies.

Despite intimidation, harassment I have done my duty - Chebukati