•The embassy asked all political leaders to urge their supporters to remain peaceful and steer clear of violence.

•US also congratulated the people of Kenya for exercising their right to vote in the August 9th election. 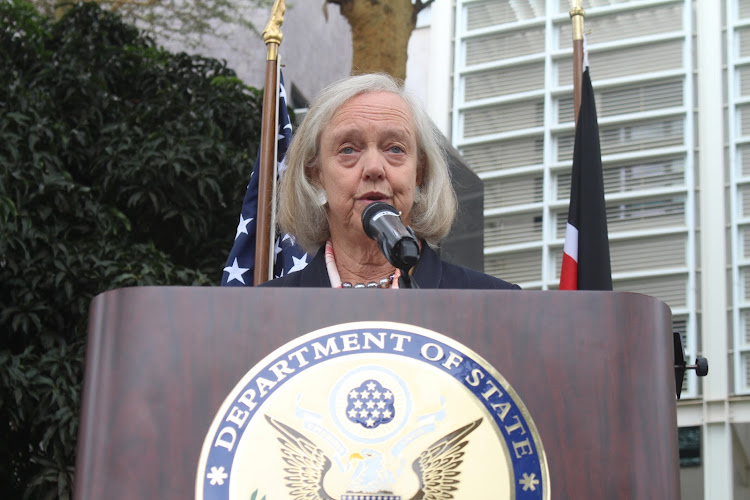 US ambassador to Kenya Margaret Whitman during a press conference at US Embassy, Gigiri on August 7, 2022
Image: ANDREW KASUKU

The United States embassy to Kenya has lauded Kenyans for a peaceful, orderly voting and counting process during the 2022 general election period.

The embassy also congratulated the people of Kenya for exercising their right to vote in the August 9th election.

In a statement, US applauded the efforts of the Independent Electoral and Boundaries Commission, security forces, and electoral institutions that organized the whole process.

It asked all political leaders to urge their supporters to remain peaceful and steer clear of violence.

“Under the leadership of Chair Wafula Chebukati, the IEBC declared William Ruto as the winner of the presidential election,” they said.

“This is an important milestone in the election process. We urge all parties to work together to peacefully resolve any remaining concerns about this election through dispute resolution mechanisms.”

The embassy further commended the active participation of Kenya’s political parties, civil societies and citizens for engaging, shaping, and having robust discussions throughout the campaign period.

The Independent Electoral and Boundaries Commission announced the 55-year-old Kenya Kwanza leader as president-elect on August 15, 2022.

Ruto needed 50 per cent plus one of the countrywide tally, and 25 per cent of the votes in at least 24 counties to be declared president.