They demonstrated against the alleged rigging of the candidate by IEBC

•The demonstrators used tyres to light a bonfire on the road blocking vehicules. 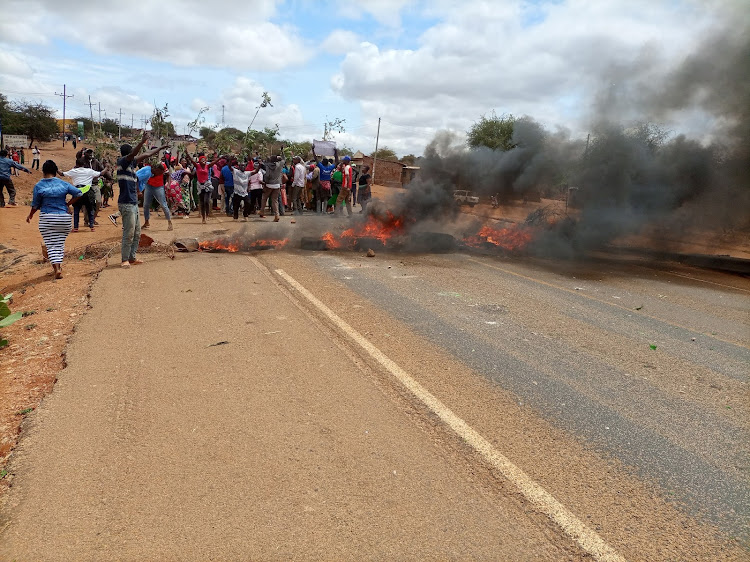 Chaos on Monday reigned at Kamuwongo market in Mwingi North, Kitui county, as an independent candidate who failed to capture the Kyuso MCA seat led his supporters in a demonstration.

On Monday, aggrieved Nduku had his supporters demonstrate in Kamuwongo market before lighting a huge bonfire on the Kyuso-Mwingi road blocking vehicular passage for over an hour.

They chanted 'haki yetu, haki yetu ya kura' and denounced IEBC for allegedly rigging Nduku out of the election.

They carried placards in praise of Nduku, with others demanding justice. 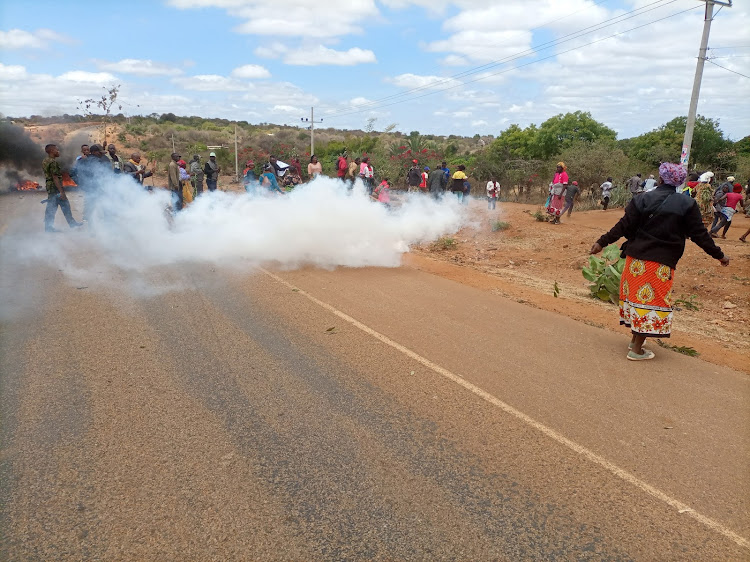 TEAGAS A tear gas canister explored after being lobbied at the demonstrators by the police.
Image: MUSEMBI NZENGU

As Nduku and his adherents were speaking to the press next to burning tyres at the Kamuwongo bridge, a police Land Cruiser pick-up arrived with armed police officers who asked the demonstrators to disperse to no avail.

The security officers were then forced to fire tear gas canisters at the protesters who ducked and scattered before regrouping as they danced and sang praises of Nduku.

But Nduku, who was at some point carried shoulder high, managed to convince his supporters to leave the scene, leaving the police to clear the road. 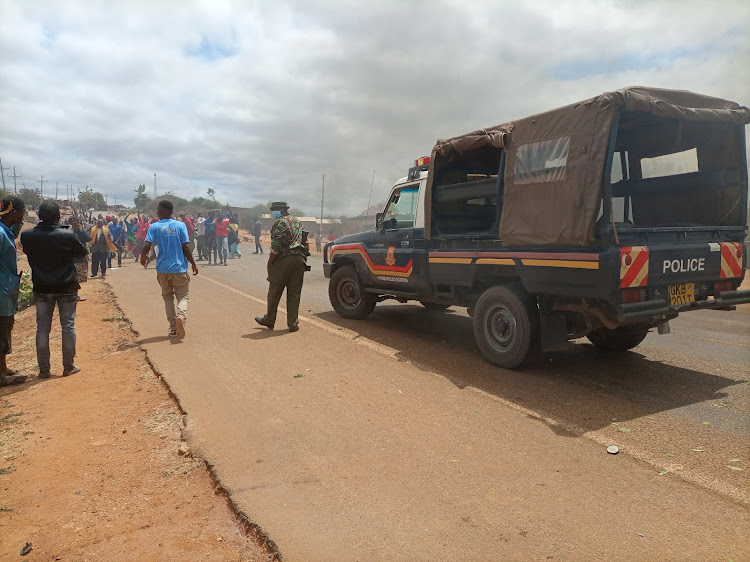 DEMO Police in a standoff with the demostrators at the Kamuwong bridge where the had lit a bonfire.
Image: MUSEMBI NZENGU

Nduku said he would fight tooth and nail to ensure that his "stolen victory" is restored. He said he was proceeding to court because he had sufficient evidence to show how Mwinzi’s votes were added fraudulently to make him the winner.

But Mwinzi, who spoke on the phone, asked Nduku to respect the decision of the people of Kyuso to elect him as their MCA. He said instead of confusing the locals through demonstrations, Nduku should seek court redress.

“I would like to clarify that my win was straight forward. It is the people who voted and even before I was announced the winner, I had done my tabulation which tied to the votes that IEBC declared I had garnered,” he said.

The governor-elect pledges to fight corruption embedded in the county hiring system.
Counties
3 months ago

Only four out of 40 Kitui MCAs retained seats

The four who retained their seats include Stephen Ileve Katana, Nguutani MCA who got 3,110 votes.
News
3 months ago

Macharia declared Malombe as the governor-elect and handed him a certificate.
News
3 months ago
Post a comment
WATCH: The latest videos from the Star
by MUSEMBI NZENGU News Correspondent
News
16 August 2022 - 05:00
Read The E-Paper