Oral treatment for latent TB infection will now be available at Sh1,500 from a high of Sh36,000

•The project has helped to significantly reduce the access price of a three-month patient course. 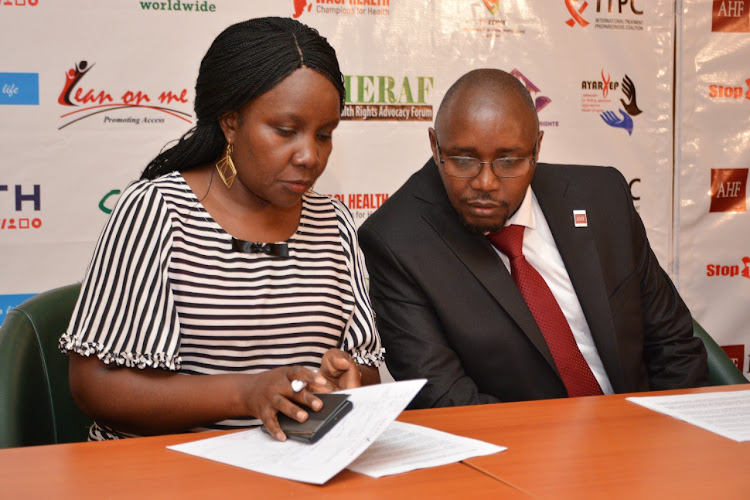 Children and pregnant women with tuberculosis will now access patient-friendly treatment at a reduced cost.

This is after various partners announced plans to lower the price of rifapentine (RPT)-based treatments to prevent tuberculosis in low- and middle-income countries including Kenya.

Rifapentine is used in combination with other medicines to treat active or inactive (latent) tuberculosis.

The move by Unitaid, Aurum Institute, the Clinton Health Access Initiative (Chai) and MedAccess under the IMPAACT4TB project will also see Kenya benefit from Sh2.3 billion additional funding by Unitaid.

The additional funding will help identify the correct dosing and drug-to-drug interactions when children and pregnant women living with HIV take three months of weekly isoniazid and rifapentineor 3HP combined with dolutegravir (DTG) based Anti-Retroviral Therapy.

The funding awarded to the Aurum Institute will focus on the evidence required to ensure that children and pregnant women, including those living with HIV and household contacts have access to the latest TB prevention regimens.

Alongside evidence generation, the project will invest in ensuring countries are aware of the need for medicines for children for TB prevention that are easier to swallow and with the appropriate dose.

Currently, 3HP tablets need to be swallowed whole, which is difficult for some children and needs to be broken into pieces to dose children appropriately, limiting access to TB prevention for children.

Once new formulations are ready, governments will, in turn, need to be ready to introduce them.

“In recent years, we have come a long way towards improving access, at an affordable cost, to tuberculosis-prevention treatments that are shorter and easier to take, but supply has remained a constraint,” head of WHO Global Tuberculosis Programme Matteo Zignol said.

“This announcement will help us prevent TB among more people by ensuring that there is enough supply to meet the needs of eligible countries. Ultimately, preventing TB is critical to our ability to finally end this deadly disease."

Under the initiative, 3HP, a three-month, once-weekly oral treatment for the treatment of latent TB infection will now be available at a ceiling price of $14.25(Sh1,500).

Launched in 2017, the IMPAACT4TB project has focused on the introduction of shorter, rifapentine-based TB prevention treatment options that are associated with higher treatment adherence, completion, and outcomes.

Working with global partners and manufacturers, the project has helped to significantly reduce the access price of a three-month patient course of weekly rifapentine and isoniazid, from $72(Sh7,300) to below $15(Sh1,500).

"We expect this desperately needed child-friendly formulation to be ready for distribution by no later than the end of 2024,” Mike Frick from the Treatment Action Group said.

“To ensure countries are prepared to order these new regimens once they are ready we’re already starting to raise awareness among communities and eligible populations that currently do not have access to optimal TPT regimens.”

The Increasing Market and Public Health Outcomes Through Scaling Up Affordable Access Models of Short Course Preventive Therapy For TB (IMPAACT4TB) consortium is led by the Aurum Institute and comprised of the Chai, Johns Hopkins University, KNCV the Dutch TB Foundation and TAG.

According to data by Unitaid and WHO, in 2020 alone, more than 1.5 million people died from TB, while around 10 million people fell ill from the disease globally.

About one-quarter of the world’s population is infected with a latent form of TB that causes no symptoms and is not contagious.

Without treatment, five to 10 per cent of those infected will develop active TB, which causes severe illness and can be transmitted from person to person through the air.

TB prevention treatment regimens like 1HP and 3HP lower the risk of progression to TB in people at risk, including children, pregnant women and people living with HIV.

Plan unveiled for world to end TB by 2030

The only TB vaccine currently available is the BCG vaccine, which was approved more than a century ago.
Counties
6 months ago

Most children above five years at risk of contracting TB