Raila tops in Dadaab constituency with over 22K votes

•There were 38,185 registered voters in the constituency.

•74 votes were rejected from the Constituency. 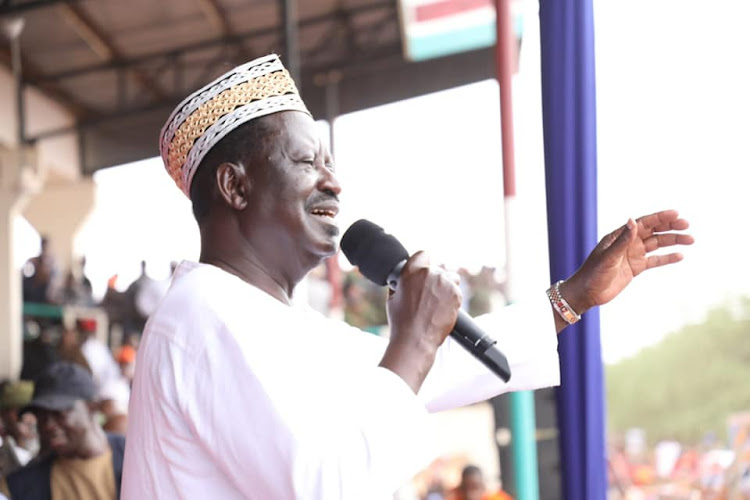 The results were announced on Monday morning.

David Waihiga of the Agano Party got 12 votes while Roots Party flag-bearer George Wajackoyah had 54 votes.

There were 38,185 registered voters in the constituency.

The total valid votes cast were 22,247. Some 74 votes were declared rejected.

Raila in landslide win in Matungulu