Save the Elephants says farmers need practical, sustainable and affordable ways to peacefully co-exist with jumbos

•  King said she was inspired to create the manual following the success of her beehive fence project. 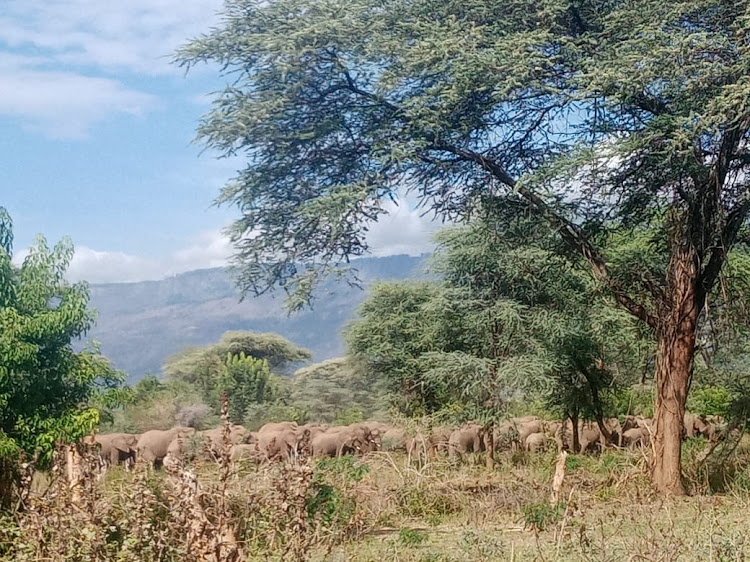 A conservation NGO, Save the Elephants, has launched a manual that can be used by communities to protect themselves and their properties from jumbos.

The human-elephant toolbox, which was launched during World Elephant Day on Friday, has been in the works for the last two years.

Save the Elephants says as human-elephant conflict increases across Africa, farmers need practical, sustainable and affordable ways to peacefully co-exist with elephants without having to resort to violence.

The 130-page manual highlights more than 80 deterrent methods, including the successful beehive fence.

All the deterrent methods have been tested by communities across Africa and some published in peer-reviewed science journals.

The toolbox is the brainchild of Dr Lucy King, who heads up STE’s Human-Elephant Coexistence programme. It is built around the success of STE’s Elephants and Bees Project in Tsavo.

King's innovative and award-winning beehive fence project, which is helping drive away crop-raiding elephants from farms in Tsavo, has gained accolades around the world.

More than 11,000 beehives have been installed across 84 elephant conflict sites in Africa and Asia.

King said she was inspired to create the manual following the success of her beehive fence project.

“One of the main reasons people retaliate with violence against elephants is because of the damage they cause to their livelihoods, especially during tough times such as the ongoing drought in Kenya,” she said.

King said the success of their beehive fence project in Kenya is proof that there are other, more peaceful ways for farmers to protect their livelihoods and, in some cases, secure an income.

“Our new manual provides rural communities and pastoralists with a whole encyclopedia of practical, peaceful and sustainable deterrents that we hope will help promote coexistence between people and elephants for years to come. In turn, our leaders need to ensure no new infrastructure is built on wildlife corridors and national park boundaries are respected,” she said.

“Elephants also need their space to roam and forage and we all have to play our part in seeking true coexistence with nature.”

The manual was illustrated by Nairobi-based artist, Nicola Heath.

Designed for rural communities and NGO trainers, each page contains carefully crafted instructions alongside the ‘recipe’ for each deterrent.

The manual can be downloaded for free either individually or as an entire pdf book. It can also be ordered from Save the Elephants office in Nairobi at a cost.

It will be shared with NGOs and rural communities across Africa over the coming months.

It will also be presented by Dr. King at conservation-based conferences around the globe.

Save the Elephants specialises in research on jumbos, providing scientific insights into their behaviour, intelligence, and long-distance movements and applying them to secure the survival of the animals.

In Kenya, the conflict has been exacerbated by humans blocking elephant corridors and drought.

In Samburu-Laikipia, home to the Save the Elephants’ research centre, at least 70 elephants, and possibly many more, were killed in 2021 as a result of human-elephant conflict.

Dr Loki Osborn, the chairperson of the Human Elephant Conflict Taskforce for the IUCN African Elephant Specialist Group in Zimbabwe, said experts who study human elephant conflict have needed a collection of documents like the toolbox for years.

“We have all tried to communicate our findings to the people who live with elephants, but with little real impact. The manuals were too academic or in the wrong language or unavailable to the villagers who needed them most. This new collection addresses all of those issues and more.”

179 jumbos die in eight months due to drought - Balala