The city politician has never lost an election.

• Before devolution, Guyo served as a councillor and was re-elected in the 2013 elections on a TNA ticket as Matopeni MCA, and subsequently in 2017.

• The 41-year-old city politician is said to have the ear of President Uhuru Kenyatta, which has also been visibly seen with the flow of events in Nairobi. History has been made as Nairobi’s Matopeni MCA Abdi Hassan alias Guyo became the first MCA to clinch a Governor seat.

Guyo under the Jubilee Party ticket was declared winner of the Isiolo governor race where he garnered 28,946 votes to beat former Governor Godana Doyo who ran as an Independent. Doyo garnered 26,270.

The city politician has never lost an election.

On March 26, Guyo who is the outgoing Nairobi County Assembly Majority leader accepted the mantle after incumbent Isiolo Governor Mohammed Kuti endorsed him to take over from his leadership.

At the time, Guyo had declared his interest to vie for the Embakasi Central parliamentary seat and had even embarked on campaigns.

Little did he know that the decision to go to Isiolo would take his political career to another level. A level no one has achieved since the introduction of the devolved units in the Constitution of Kenya, 2010.

Others who have tried have opted to use the long way of vying for National Assembly and Senate seats, before going for gubernatorial positions.

Before devolution, Guyo served as a councillor and was re-elected in the 2013 elections on a TNA ticket as Matopeni MCA. He was then appointed the minority leader in the Nairobi County Assembly.

In 2017, he was re-elected on a Jubilee party ticket and he was elected unopposed as the majority leader.

The 41-year-old city politician is said to have the ear of President Uhuru Kenyatta, which has also been visibly seen with the flow of events in Nairobi.

He was once a close confidant former Governor Mike Sonko but their relationship hit rock bottom in October 2019.

As a result, the Matopeni ward rep lost the majority leader position  to Dandora Three MCA Charles Thuo in November 2019 but regained it six months later. 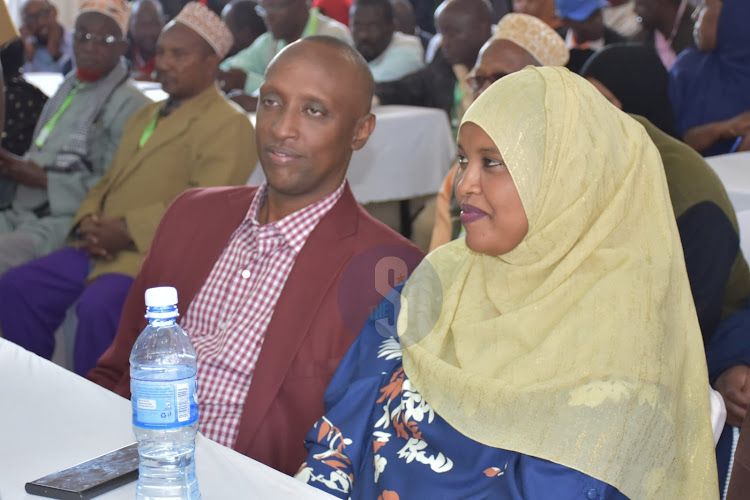 Through consultation with the President and top jubilee party officials, Guyo was involved in the journey that saw former councillor Benson Mutura elected Nairobi County Assembly Speaker in August, 2020.

Although he wasn’t the mover of the motion to impeach Sonko in December 2020, Guyo played a significant role in terms of consultation and mobilisation.

With majority whip Paul Kados, they were the link between State House and the Jubilee side of the assembly.

Last year, he chaired the Appointments committee that oversaw  the vetting and approval of Anne Kananu as deputy governor of Nairobi and subsequently as Governor following Sonko's ouster.

Guyo is now the governor-elect of Isiolo and will now lead a county made up two sub counties; Isiolo North and Isiolo South .

Guyo: How Nairobi politics shaped me for Isiolo governor seat