Kenta and Ntutu both claim that they won 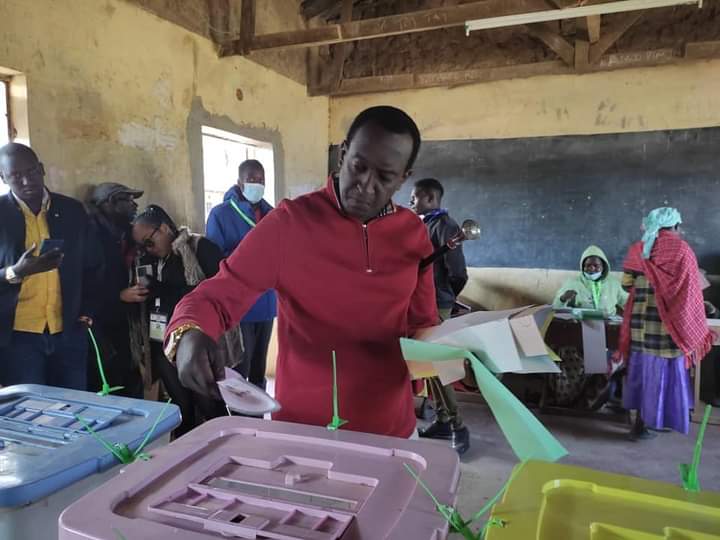 The announcement of results in the governor’s race in Narok county was today evening postponed to an unknown date due to security reasons.

There was tension at the county tallying centre in Maasai Mara University after the supporters of two candidates threatened to storm in.

Sources at the centre said that one of the reasons that they suspended the announcement is because results from Kilgoris constituency arrived late.

During the day, the police officers had to lob teargas at the rowdy youths who were demanding fairness in the election process.

The security at the tallying centre has been heightened with the deployment of GSU officers.

ODM candidate Moitalel ole Kenta visited the centre and told the IEBC officials not to announce the winner, alleging that the exercise was marred with rigging and malpractices.

In a private meeting with the officials, where the media was not allowed in, Kenta called for a vote recount.

“Six people have been arrested with rigging claims and they have all accepted that they were bribed to manipulate the elections,” Kenta said.

Ntutu said he has won the election and will be issued the certificate on Sunday morning.

“We have won this election and tomorrow morning, we will get the certificate and start our victory celebration,”Ntutu said.

Mpatiany said the media should safeguard credibility and accuracy during the election coverage.

He cited misinformation for the current stand-off witnessed in the Narok governor contest.

“Some journalists started reporting that a certain candidate won even before the IEBC made the official announcements. The media must be ethical in covering elections,” Mpatiany said.

The chairman urged traders not to panic and continued with their businesses, saying the government has beefed up the security.

“I urge you to remain calm as we are waiting for the final results don't be intimidated by anybody. The government has assured us that they will provide security so there is nothing to worry about,” he said. 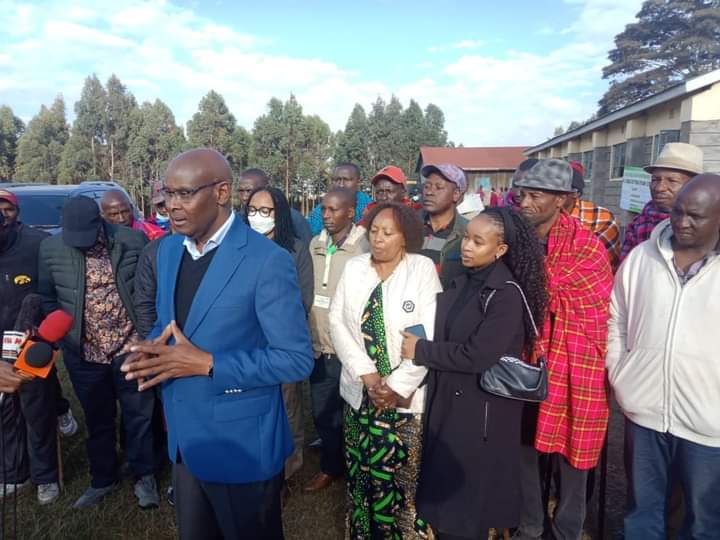 Narok clerics call for peace ahead of final county tallying

They said the two gubernatorial candidates should ensure that their supporters maintain peace.
Counties
3 months ago