•He was at the East African School of Aviation tallying centre when he disappeared at 9: 45 am. 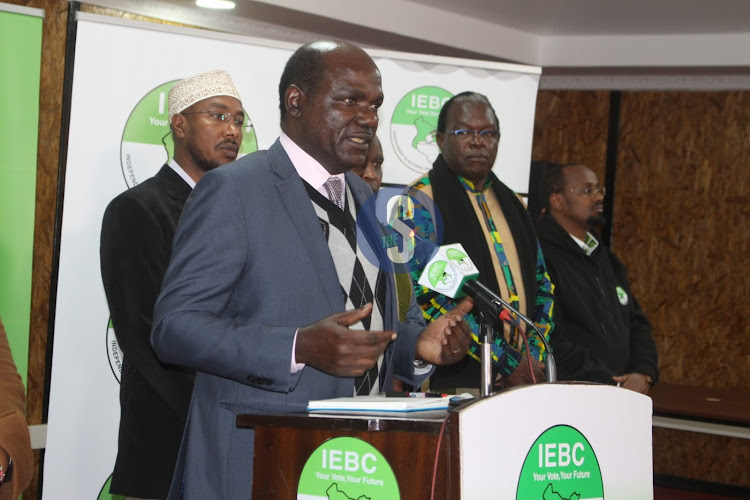 He was at the East African School of Aviation tallying centre when he disappeared at 9: 45 am.

"Musyokas family and the Commission have been trying to reach him without success. A report of a missing person has been made at Embakasi police station," Chebukati said.

His deputy has taken over Musyokas duties.

Musyoka was not available for the handover of the certificate to the winners on Thursday.

The elected MCAs and Member of Parliament, Babu Owino received their certificates from another IEBC official who stood in for Musyoka.

On Tuesday, journalists who tried to reach Musyoka in the afternoon were told that he was out taking a 'break'.

His absence caused a commotion in the hall after the crowd started demanding that Musyoka is brought back to announce the results.

Owino has camped at the tallying center from Tuesday evening.
News
3 months ago