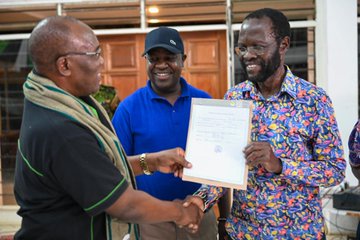 Jack Ranguma failed in his attempt to recapture the Kisumu governor seat at the August 9 general election after he lost to incumbent Anyang' Nyong'o of ODM.