Confusion as ballot box arrives without seal from Kiwandani, Kilifi

• Officials are following up to know what went wrong or who interfered with the box. 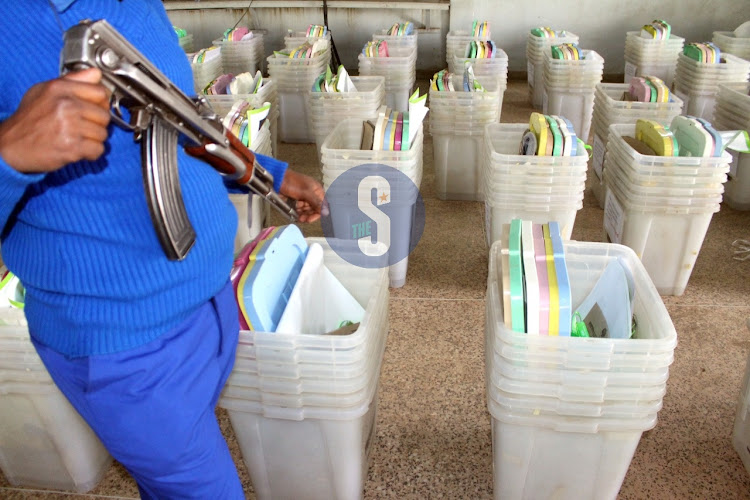 There is confusion in Kilifi county after a ballot box arrived without a seal from Kiwandani primary school.

The people present said it also arrived late and it was interfered with as it was dusty.

The ballot box which contained MCA votes was broken on one side.

Officials are following up to know what went wrong or who interfered with the box as they sensed some foul play.

Kimilili MP Didmus Barasa may have crossed to Uganda - police

Bungoma head of DCI Joseph Ondoro said they had been to various places looking for him in vain.
News
1 month ago

All the results from the four streams within the school had been uploaded.
News
1 month ago