Governor elections in the two counties were cancelled following a ballot mix up.

• The elections were suspended alongside parliamentary polls in Kacheliba and Pokot South over ballot mix ups.

• IEBC chairperson Wafula Chebukati said on Monday ballots for those elective seats had the wrong images of candidates and their details. 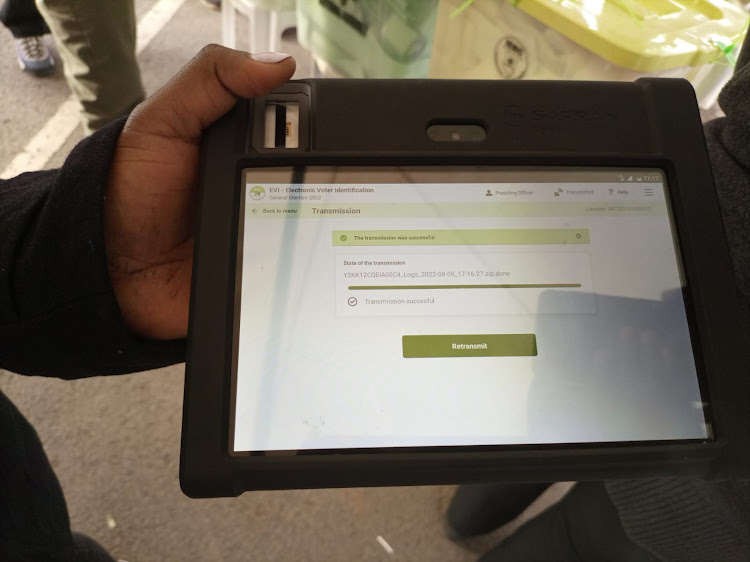 Governor elections in Kakamega and Mombasa counties will be held on August 23.

The elections were suspended alongside parliamentary polls in Kacheliba and Pokot South constituencies over ballot mix ups.

IEBC chairperson Wafula Chebukati said on Monday ballots for those elective seats had the wrong images of candidates and their details.

IEBC commissioner Francis Wanderi said Tuesday evening that the elections would also be held in Kitui Rural and Rongai in Nakuru county.

"Voters in the electoral areas deserve a short period to elect their leaders. It will be cost-effective since the same equipment and personnel will be deployed with minimum training," Chebukati said.

He said the elections will come two weeks after the commission will have finished dispensing of other electoral activities relating to the general election.

Chebukati, however, said voters in Eldas should prepare to vote on Wednesday, August 10 starting at 6am.

As at close of voting at 5pm, Wanderi said 12,065,803 million Kenyans had been captured on the KIEMS kits as having voted.

He said the number represented 56.17 per cent voter turn out excluding those who were identified manually.

"The commission will keep you regularly updated on all developments touching on the general election," Chebukati said.

IEBC said the number is exclusive of those identified by the manual register.
News
5 months ago