The 15-member team will mediate in conflicts that may arise from Tuesday's elections.

• The team will be headed by Amb. Francis Muthaura as Convener and retired Justice Joyce Oluoch as Co-Convener.

• The commission said formation of the panel follows previous elections where mediation solutions were needed to resolve electoral disagreements. 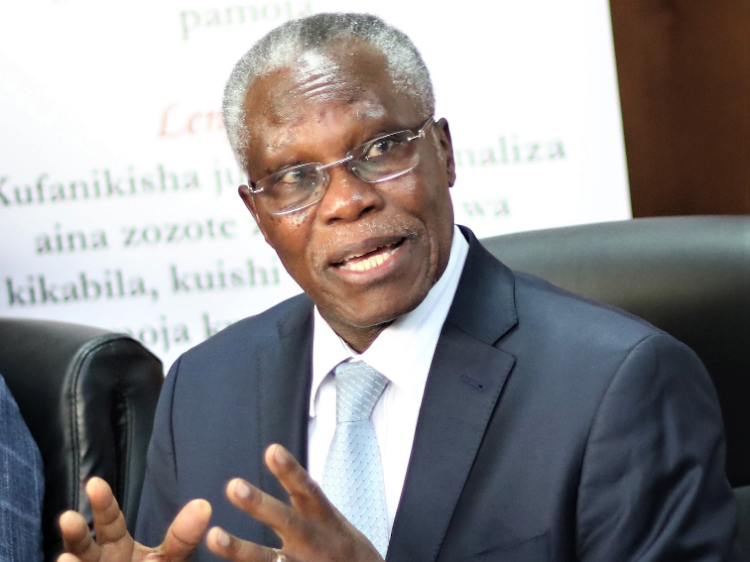 The National Cohesion and Integration Commission has formed a 15-member panel that will mediate conflicts that may arise after Tuesday's elections.

In a statement on Monday, the commission said it's fully aware from past experiences that disagreements may arise from the hotly contested polls.

"From 2017 to date we have needed various solutions to deal with electoral disagreements and as such the NCIC through its "Elections Bila Noma" identified the need to create a panel of eminent person who would be charged with championing dialogue peace and managing any post poll issues," chairman Samuel Kobia said.

The team will be headed by Ambassador Francis Muthaura as the Convener with retired Justice Joyce Oluoch as the co-convener.

Kobia said the team has been mandated with seven key roles aimed at resolving electoral disputes.

They include facilitating dialogue and mediation between disputing parties to reduce hostilities and fostering locally led solutions to political disputes.

The team will also be charged with managing the expectations of both winners and losers and ensure the winner is magnanimous in his or her victory and the loser is dignified in his or her loss.

"This recognizes that both winners and losers have expectations that will be respectfully bloated or frustrated. They (mediators) will look for ways of reconciling the expectations with the post-election realities," Kobia said.

The commission said it picked the 15 members of the mediation team from various fields to be part of the Kenya Eminent Panel for Peace (KEPP).

Other than Muthaura and Justice Oluoch, the other panelists are retired lieutenant General Daniel Opande who comes in as a mediation expert alongside Lt Gen (Rtd) Lazarus Sumbeiywo.

But even as the NCIC formed the mediation team, it discouraged Kenyans from engaging in violence to resolve electoral disagreements that may arise from the general election.

The commission advised that all electoral disputes should be resolved through the court process.

"There is no reason whatsoever that any politician should cause you, the average Kenyan to take up any form of violence or hate speech to cure any political squabbles," Kobia stated.

The most critical of three was the 2007 election whose outcome led to sporadic nationwide violence that claimed at least 1000 lives in a span of three months.

The conflict ended with the formation of a grand coalition government led by then President Mwai Kibaki and ODM leader Raila Odinga in a mediation process midwifed by former UN secretary general, the late Kofi Annan.

The dispute that followed the 2017 election was resolved after the main antagonists, President Uhuru Kenyatta and Raila, reached a truce and shook hands on March 9, 2018.

NCIC, however, expressed confidence that such episodes are unlikely to be repeated in the 2022 polls going by how Kenyans conducted themselves during the campaign period.

"We must commend many Kenyans for being peaceful and civil throughout the campaign period and we urge them to continue to do so as we continue to vote and tally. We must avoid those who might want to use this moment to incite us towards any form of violence or retribution," Kobia said.

He said Kenya does not need to go down the road of chaotic polls again if the electorate allows the Independent Electoral and Boundaries Commission to work without interference.

"We must remember the 2007/08 post election violence and avoid the pitfalls that led us there. Let us cooperate with the official instructions of the IEBC to ensure that the election process is completed well and transparently," NCIC said.

The 2022 election has four presidential candidates facing off at the ballot.

Cast no doubts on IEBC’s credibility, peace actors to Kenyans

Kobia also said they have identified possible dangers that might be a threat to peace.
News
4 months ago