Formula One driver Lewis Hamilton in Kenya for holidays 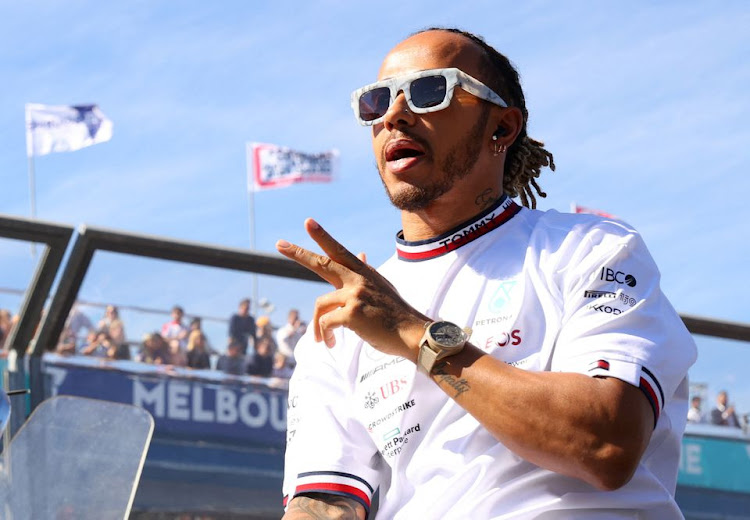 Formula One driver Lewis Hamilton is in Kenya for his holidays.

The seven-time World Champion and his team arrived at Jomo Kenyatta International Airport on Sunday with two private jets and had a low-key chat.

Officials said he departed for Maasai Mara Reserve where he is expected to witness the ongoing Great Migration.

Witnesses said he declined photo sessions as he was being processed to proceed with his journey.

He is among tens of tourists who are flocking to Maasai Mara to witness the wildebeest migration.

He had been in Namibia before flying to Kenya.

“Could not think of a better place to spend this time off. Thank you, Namibia, off to the next stop,” he tweeted on Sunday.

Hamilton is a British racing driver currently competing in Formula One for Mercedes.

In Formula One, Hamilton has won a joint-record seven World Drivers' Championship titles and holds the records for the most wins, pole positions, and podium finishes, among others

The Great Migration, as it is known, is the movement of a million plus wildebeest from Serengeti in Tanzania northwards into the adjoining Masai Mara Reserve in Kenya.

It is one of the world's most spectacular and thrilling displays of wildlife behaviour.

The migration takes place every year with the animals' primal instincts guiding them towards greener pastures following the climatic rainfall patterns over the Serengeti-Maasai Mara ecosystem.

The migration takes place till the end of August, before declining into mid-September. Although numbers vary every year, past migrations have seen up to 1.5 million wildebeest, close to a million Zebra and large numbers of others animals undertake the long trek that lasts many weeks.

Their journey is especially fraught with danger as they cross the crocodile-infested Mara and Talek rivers along the way, during which many cannot escape the giant Nile crocodiles lying in wait for their prey.

One can see the migration during a safari game drive in the Masai Mara Game reserve, which is conducted in specialized vehicles driver by experienced Driver-Guides. 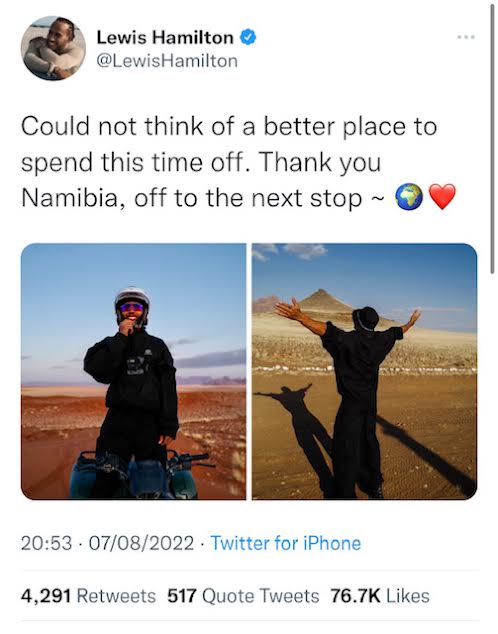 He tweeted Sunday to announce he was in Namibia-Tweeter

Verstappen pips Hamilton as Leclerc crashes out in French GP

Lewis Hamilton took a strong second, and his Mercedes team-mate George Russell third and the final podium place after a frantic and bad-tempered ...
Sports
4 months ago