IGAD starts training of 24 observers ahead of polls

• The meeting headed by the ex-president of Ethiopia Mulatu Teshome is focusing on the mission’s mandate of promoting good governance and democracy.

• "The team is drawn from its Member States, set to orient them on the relevant legal framework," IGAD statement read. 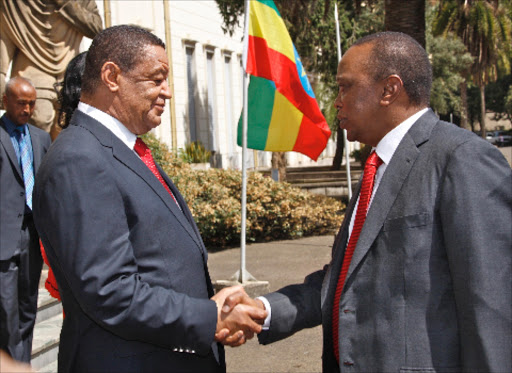 The team who arrived in Kenya on Tuesday, headed by ex-president of Ethiopia Mulatu Teshome, is focusing on the mission’s mandate of promoting good governance and democracy.

"The team is drawn from its Member States, set to orient them on the relevant legal framework and IGAD election code of conduct before deployment," the IGAD statement read.

The short-term observers include representatives of electoral bodies and other public institutions as well as diplomats drawn from six IGAD member states.

The statement further noted that the objective of the IGAD Election Observation Mission (IGADEOM) is to make an independent, and impartial assessment of the August 9 general elections

"This is in accordance with the national, regional and international standards for democratic elections."

The meeting will focus on peace and security in the region with particular emphasis on conflict, terrorism and violent extremism, the proliferation of illicit arms, illegal migration and human trafficking.

The deployment of the IGAD in Kenya is in line with its mandate in promoting human rights and adherence to rule of law as per the country.

"It is also guided by relevant continental instruments such as the 2007 African Charter on Democracy, Elections and Governance, as well as the IGAD Guideline and code of conduct for Election Observers," the statement read.

IGAD head of election observer met his East African Community head Jakaya Kikwete and director of IGAD Peace Siraj, Fegessa counterpart on Thursday to deliberate on promoting good governance and democracy ahead of the Tuesday poll.

He will be replaced by former Jamaican Prime Minister Bruce Golding.
News
1 week ago

He was named the EAC chief observer for Tuesday election.
News
1 week ago