Hawker in court for assaulting boy,12, 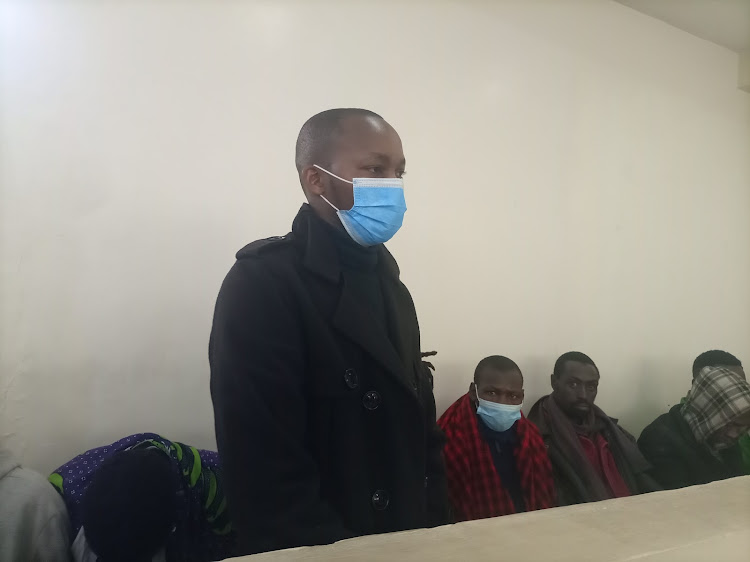 A city hawker who allegedly squeezed the testicles of a 12-year-old boy has been charged at a Kibera court.

Sylvester Muthama Kimondio was charged on Friday before Kibera principal magistrate Derick Kuto where he denied the offence.

He was also charged with the second charge of assaulting the child after the incident.

According to the charge sheet, the Kimondio is said to have committed the offence on July 24 at the city park soccer playground behind the city park market within Westlands subcounty in Nairobi county.

He intentionally touched the balls of PX with his hands causing him harm.

According to the prosecution, the minor had gone to the playground to watch football only to encounter the assault.

In court, the accused through his lawyer pleaded for leniency of bond terms.

His lawyer told the court that the accused was not a flight risk and was ready to cooperate when needed.

He added that the accused was a Kenyan and does hawking to meet his daily needs, the prosecution objected to the accused being released on cash bail on the grounds that the offence was serious.

Kuto however granted the accused a Sh400,000 bond with an alternative cash bail of Sh300,000 he directed that the case be mentioned later this month.

Celestine Odipo was charged with assaulting Rose Odhiambo causing her bodily harm on May 30, in Lindi.
Counties
2 weeks ago

Teacher who severely beat student should be fired — Magoha

The CS said the teacher should face the full force of the law.
News
3 weeks ago

Police probe assault on student who failed to score 400 marks

He questioned the motives behind punishing the student in such a 'cruel' manner.
News
3 weeks ago
“WATCH: The latest videos from the Star”
by CLAUSE MASIKA
News
05 August 2022 - 23:00