The incident happened Thursday before Raila's arrival in Kisumu for a rally.

• The incident happened before the arrival of Azimio presidential candidate Raila Odinga and his running mate Martha Karua for a campaign rally at the Jomo Kenyatta International Stadium.

• He said besides attending the rally in his capacity as an area MP, he was verbally invited to the event by the office of Governor Anyang Nyong'o. 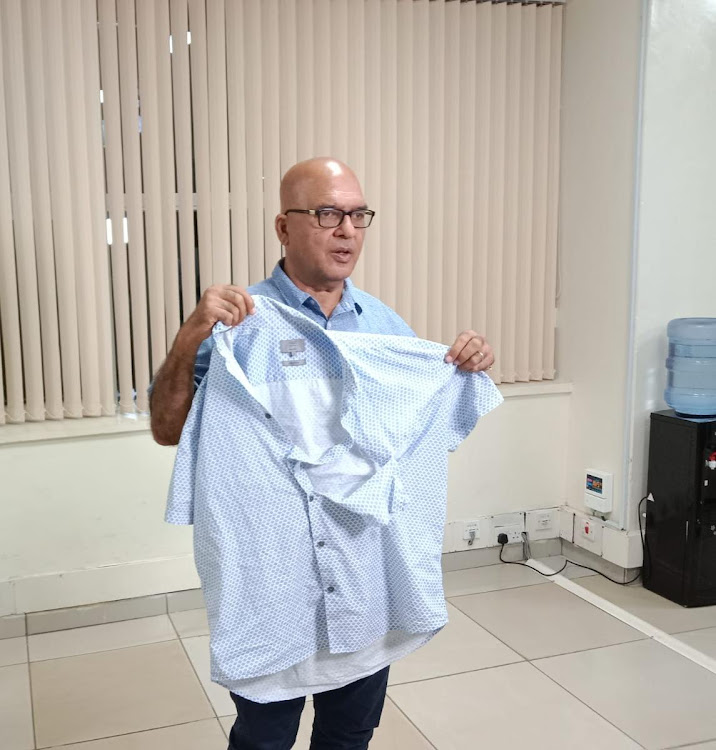 Kisumu East MP Shakeel Shabbir has recounted Thursday's ordeal where he was forcefully ejected from the Azimio rally in Kisumu.

He has attributed his safety to God following the incident which happened before the arrival of Azimio presidential candidate Raila Odinga and his running mate Martha Karua for a campaign rally at the Jomo Kenyatta International Stadium.

"I was roughed up, punched and my shirt was torn. It's God that saved my life," Shabbir said on Friday.

The MP is defending his seat at the August 9 general election for the fourth time as an independent candidate.

He held the seat for two terms as an ODM MP until 2017 when he vied as an independent.

He said besides attending the rally in his capacity as an area MP, he was verbally invited to the event by the office of Governor Anyang Nyong'o.

He said Bob Madanje, the man in charge of protocol at the governor's office, conveyed the message to him and when he arrived at the venue, he found a chair with his name stuck on it.

"I sat there next to some of the MPs within the county, but immediately an ODM nominee for an MCA position came to where I was and insulted me and said the function was meant for ODM and wondered why I was there."

The MP explained that within minutes, he was surrounded by youth and his security took charge and he was taken to the VIP room for things to cool down.

However, while in the VIP room, the youth demanded that he leaves the venue.

"I had to leave and while being escorted out, I was punched and my clothes were torn in the process," he said, adding that he feared for his life since he had seen one of the youth with a knife.

The legislator noted that what happened to him was unfortunate, saying time was rife for people to embrace democracy by accommodating divergent views.

The MP added that his support for Raila will not change following the incident which he blamed on youth he claimed were paid to cause the fracas.

He reported the matter at Kasagam police station and the local IEBC offices.

Shakeel will be defending his seat against ODM's Nicholas Oricho, who he had defeated earlier in 2017.

The group only wanted Raila who had sent Joho and Junet to represent him.
News
1 week ago