• Kibicho said it is after their reckless utterances in Rift Valley that the leaflets with threats were circulated.

• He stated that Kenyans react to things as a result of what their leaders are saying. 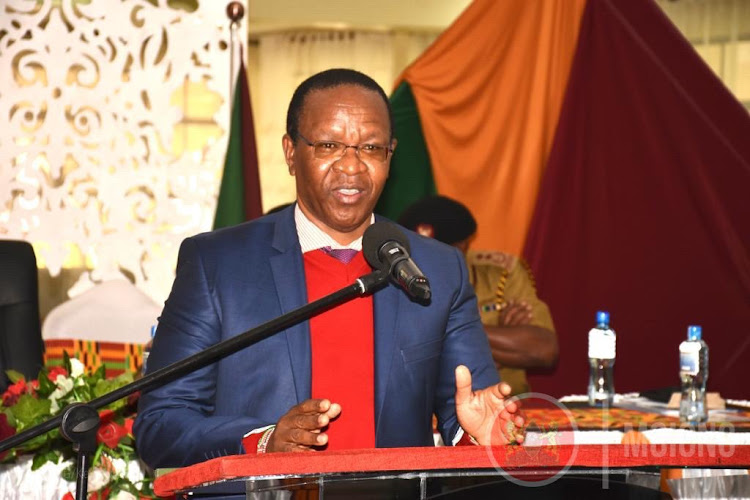 Kibicho said it is after their reckless utterances in Rift Valley that the leaflets with threats were circulated.

He stated that Kenyans react to things as a result of what their leaders are saying.

"Before we saw these leaflets, we had seen, especially the Kenya Kwanza side trying to speak very inflammatory things in Rift Valley. It's in the public domain and immediately after they finished this reckless talk, we started seeing leaflets," Kibicho said.

The PS called on Kenya Kwanza leaders to stop playing with the minds of Kenyans, by pretending to be the victims.

"Let people stop crying fowl and playing reverse psychology with people. We need to tame our tongues. The people in Kenya Kwanza need to tame their tongues because it is after their reckless remarks that it happened."

He called on Kenyan leaders to be careful about what they speak because political temperatures are high.

Kibicho noted that there are laws in Kenya and laws are not frozen because there are elections.

"Anyone who will be found guilty of masterminding these leaflets will be acted upon and we are getting very good names from people who are arrested."

On Monday, Interior CS Fred Matiang'i announced that eight people had been arrested over the leaflets with threats in Uasin Gishu.

The CS noted that Kenya is a mature democracy and people can tell baseless claims being peddled by leaders.

Ruto had alleged the leaflets were printed and distributed by employees of President.
News
2 months ago

Kibicho insisted that Gachagua worked in Molo and it is on record.
News
2 months ago