Wait for another chance, this is for Raila - Uhuru tells Ruto

He called out the DP and his colleagues for their continued insults and abuse of him.

• Uhuru who was speaking in Mombasa on Thursday when he launched several mega infrastructure projects, said that Kenya does not need leaders who lie.

• He reiterated that he was going nowhere after his term comes to an end next Tuesday saying that he will still be around. 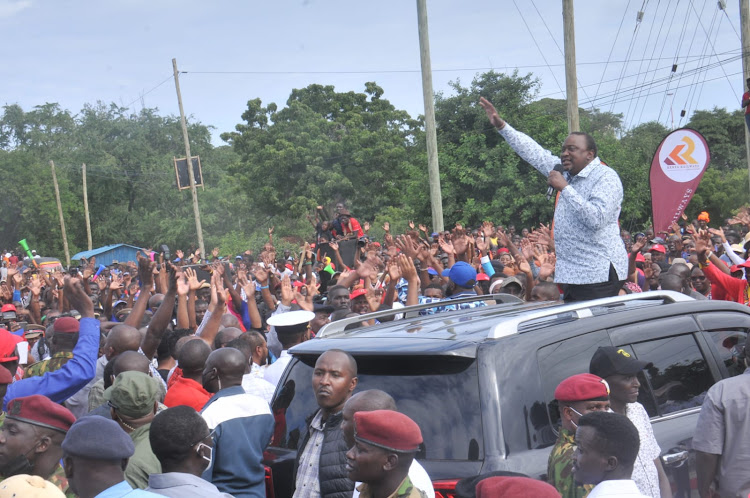 Uhuru who was speaking in Mombasa on Thursday when he launched several mega infrastructure projects, said that Kenya does not need leaders who lie.

He was responding to claims from his DP that the Jubilee government in its second term failed to initiate any development project as it was hijacked by the handshake between the president and the opposition chief ODM leader Raila Odinga.

Uhuru stated that the ODM leader fits the bill for the presidency even as he told the DP to wait for another chance.

“I hear they are saying government projects ended in 2018 during my handshake with my brother Raila. Let me ask them, this project we are launching here today was launched in 2020, so was this before the handshake or after the handshake? Is this not work we have done?” said Uhuru.

"We need a government that will unite all of us, let Raila come in and do the job, the rest can wait for another chance next time." 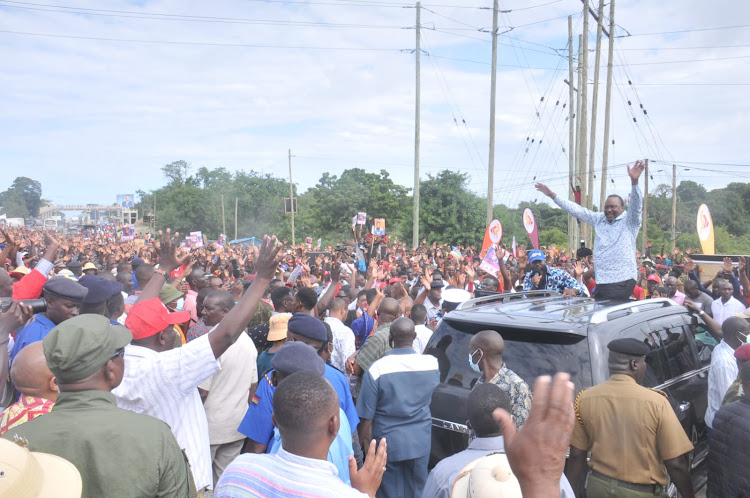 The president said that such kind of leaders who can afford to lie to Kenyans don’t deserve to lead this country.

“We need faithful leaders who will take Kenya through the path of peace, if they can lie on such small things if you give them bigger offices are they not going to lie to you even more,” Uhuru said.

The president further called out the DP and his colleagues for their continued insults and abuse of him saying that people are governed by truth and justice, not abuses and insults.

“Insults don’t build a country, such kind of development we are launching here today are the ones which build the nation and create jobs for our people,” said Uhuru.

The president further drummed up support for the Azimio presidential candidate ODM leader Raila Odinga saying that he was the only leader fit to continue his development agenda. 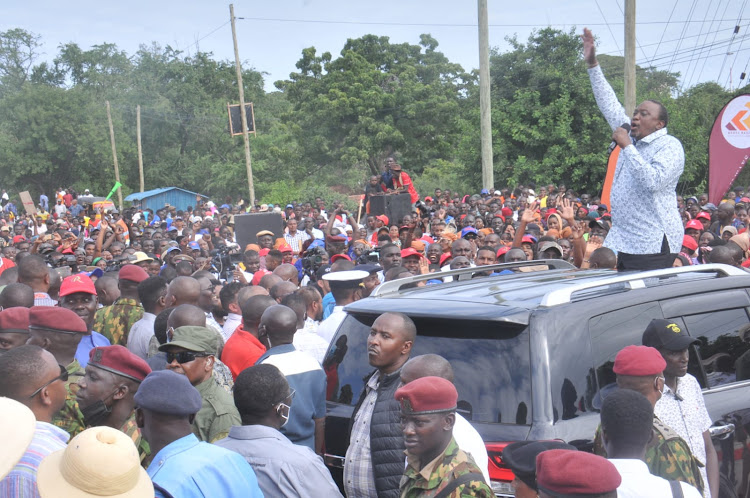 “The one who has the ability to lead the country through the path of peace and prosperity is none other than Raila Odinga,” Uhuru said.

He also called on the Mombasa people and the region to turn out in large numbers to vote in next week’s polls scheduled to take place on Tuesday.

Uhuru reiterated that he was going nowhere after his term comes to an end next Tuesday saying that he will still be around.

“Retiring dosed not mean that I disappear, I will still be here with you,” he said.

He said Uhuru is being dishonest by dictating his support to a specific coalition.
News
1 week ago

Senator Moses Kajwang’ said Uhuru has been at building bridges in the last 10 years.
News
1 week ago

Uhuru challenges universities to be more innovative in delivery

Uhuru challenged the institutions to innovate, to remain relevant in the increasingly competitive global market.
News
2 weeks ago

Kimani said Uhuru should focus on leaving office and not deciding for Kenyans on who to vote for.
News
1 week ago
WATCH: The latest videos from the Star
by ONYANGO OCHIENG
News
04 August 2022 - 20:27