The move seeks to give chance for mobilization of voters to express their democratic rights.

• He said the only people who will be left are the boda-boda, matatu operators that will be ferrying people to vote.

• Kenyans will be casting their votes on August 9 to vote for their proffered candidate. 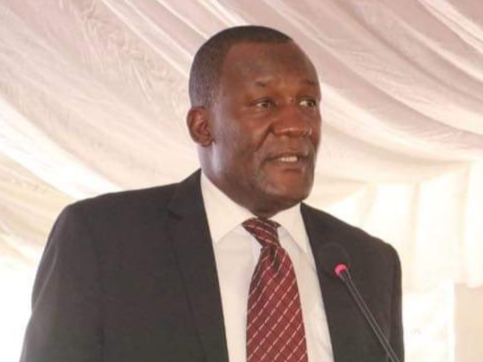 Kisumu city manager Abala Wanga has said bars and nightclubs in Kisumu will be closed from midnight on August 9.

Speaking to the media, he said they will also close the lodgings, shops and restaurants.

"On date 9, the whole city, all businesses and markets will be closed until when the voting will end," he said.

He said the only people who will be left are the boda-boda, matatu operators that will be ferrying people to vote.

Wanga said the move seeks to give chance for mobilization of voters to express their democratic rights come elections day.

He added that the move is to allow people to move freely to go and vote without disruptions.

“This is only for a day. We are not going to harass you but pleading with the business community to understand and adhere. We will only allow those with ink on their finger to enjoy these services later in the day,” Wanga said.

Kenyans will be casting their votes on August 9.

Kisumu Bar Owners Association Chairman Daniel Maneno Ouma said he is in support of the move.

“We had consulted with the city manager and we will ensure that we close in time and monitor clients who have no ink on their fingers. They will not be admitted to the bar,” Ouma said.

The embassy had cautioned American citizens against travelling to Kisumu during elections.
News
1 week ago

Goodies Nyanza has received since the 2018 handshake

The gesture has brought lots of progress in Kisumu county.
News
1 week ago

Raila heads to Kisumu to consolidate votes for his bid

The rally comes barely two days to the end of the official campaign period
Counties
1 week ago
WATCH: The latest videos from the Star
by PURITY WANGUI
News
04 August 2022 - 20:34