The embassy had cautioned American citizens against travelling to Kisumu during elections.

• Governor Anyang' Nyong'o wrote on his Twitter after the travel advisory issued by the United States Embassy of Kenya urged American Citizens to avoid traveling to Kisumu. 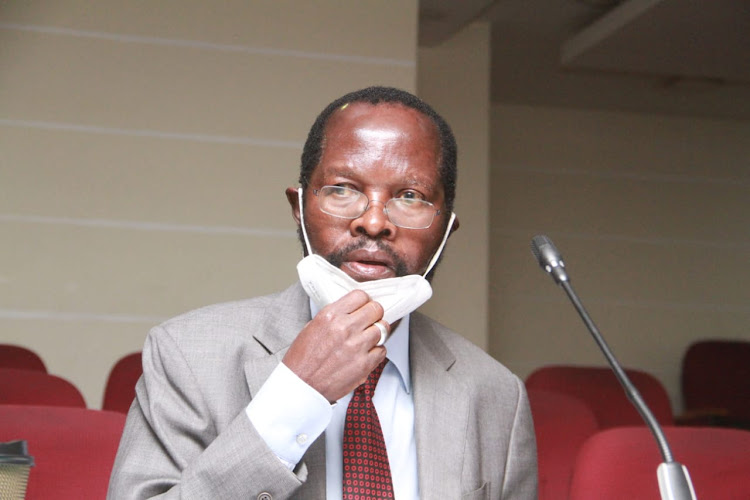 ORANGE COUNTY: Kisumu Governor Anyang Nyong'o when he appeared before the County Public Accounts and Investment Committee of the Senate on Tuesday, September. 22.
Image: EZEKIEL AMINGA

Kisumu governor has assured those residing and travelling to Kisumu City of peace during the election and post-election period.

Governor Anyang' Nyong'o wrote this on his Twitter handle after the travel advisory issued by the United States Embassy of Kenya which urged American Citizens to avoid travelling to Kisumu.

"I want to assure those travelling to Kisumu that our people are very peaceful and looking forward to welcoming you. Enjoy our beautiful sunset City, " he wrote on Wednesday.

The embassy had cautioned American citizens on Tuesday against travelling to Kisumu during elections.

"Out of an abundance of caution, the Embassy has imposed movement restrictions on personnel in Kisumu. The State Department reminds US citizens of the continued need for sustained vigilance," reads the statement.

"Election-related demonstrations and rallies regularly take place in the runup to the election and are likely to continue, at times blocking key intersections and causing traffic jams. Demonstrations may occasionally be violent, requiring police intervention. Strikes and other protest activities related to economic conditions occur regularly."

The US embassy urged its citizens to monitor local media for updates, avoid crowds and demonstrations as well as be aware of their surroundings.

US urges Americans to be cautious when in Kisumu during elections

Embassy said election related demonstrations may occur, and in some instances, be violent.
News
1 month ago

The cargo will leave Mombasa port, where it will take 24 days before it arrives in China.
Counties
1 month ago

The government’s silence over the incident has been condemned by many people.
News
1 month ago
Post a comment
WATCH: The latest videos from the Star
by BERTHA OCHOMO
News
03 August 2022 - 13:08
Read The E-Paper