The group only wanted Raila who had sent Joho and Junet to represent him. 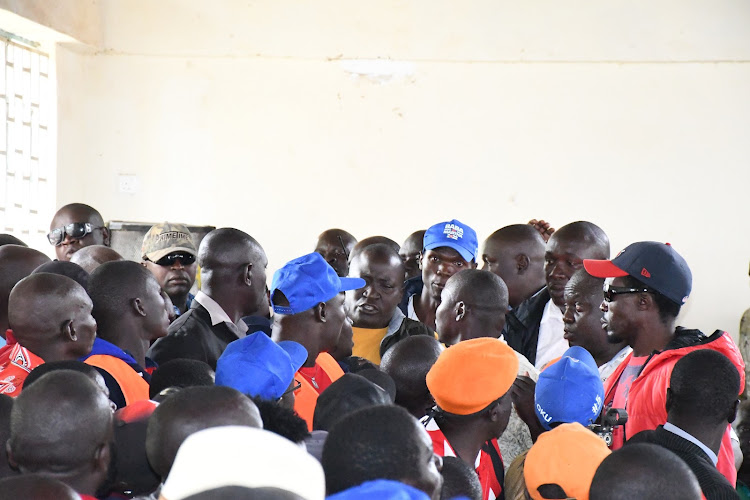 CHAOS: A chaotic scene at the Knut hall where Raila was to address the meeting on August 3, 2022.
Image: EMOJONG OSERE

Chaos rocked a meeting convened by elders from Teso in conjunction with Busia County leaders allied to the Azimio La Umoja One Kenya Alliance after ODM leader Raila Odinga failed to show up at the conference.

The meeting had been convened at the Knut hall in Amagoro and Raila, who according to organisers had officially been invited to attend, was expected to deliver an address.

The meeting had been scheduled to kick off at noon and attended by Iteso Cultural Union members, Teso North Elders Council, Teso professionals, clergy, the business community and supporters of the former prime minister.

Shortly before mid-day, however, Raila’s chopper arrived in Amagoro from Budalang’i where he had addressed his first rally but failed to land.

The chopper hovered in the air going round Amagoro town twice before changing the bearing and flew towards Teso South.

The chopper later returned and landed at the KMTC Teso campus before leaving for Amukura.

Leaders who were at the meeting including Mombasa Governor Hassan Joho and Suna East MP Junet Mohamed said a leader who they did not name called Raila when his helicopter was still airborne and told the Azimio presidential candidate that the meeting he was to attend was in Amukura in Teso South and not Amagoro in Teso North.

Cotu secretary general Francis Atwoli who was in the chopper that landed first at Amagoro Primary School arrived at the Knut hall but walked out of the meeting venue after about five minutes. Atwoli boarded his helicopter and left for Teso South where Governor Sospeter Ojaamong was waiting.

Busia gubernatorial contender Paul Otuoma had a hectic time controlling the charged crowd that demanded that without Raila the meeting would not proceed. 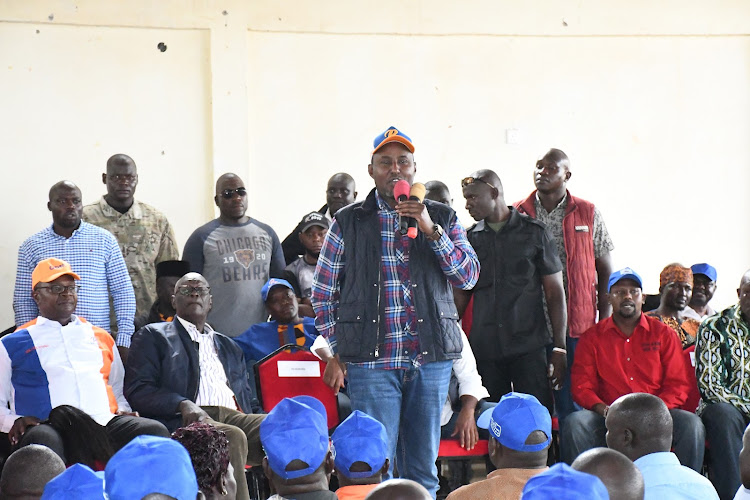 Joho claimed that he and Junet had landed in Amagoro well knowing that Raila’s meeting was in Amagoro and not Amukura.

A proposal by some leaders in the meeting that Joho and Junet co-chair the meeting on behalf of Raila was unfruitful as those in attendance rejected the suggestion and demanded Raila must attend. By then, Raila was in Amukura.

“We came from Nairobi knowing Raila’s meeting is in Amagoro and not Amukura. We sincerely apologise for what has happened,” Junet said.

Joho said he will personally engage Raila and have the Azimio presidential candidate return to Teso North to meet elders and Azimio supporters before August 9.

“There are leaders who do not mean well for us. Let us be very careful because they are part of the team that has sabotaged this meeting. I will talk to Raila. I will convince him to come to Teso before elections,” the Mombasa governor said. 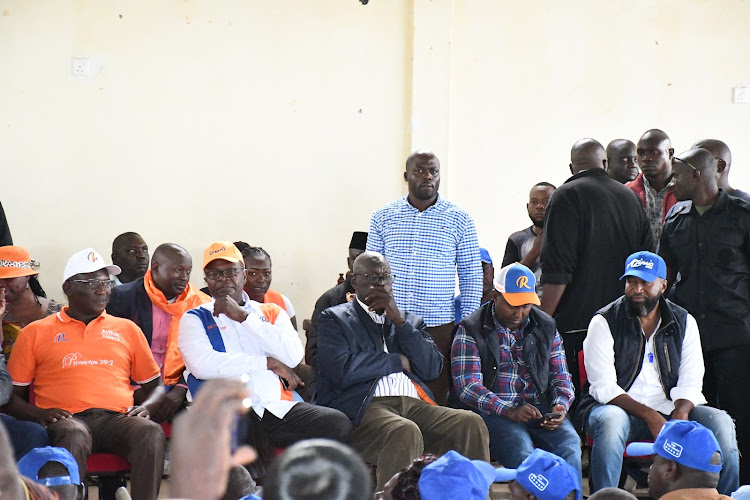 There were chants of “no baba, no meeting’ as leaders in attendance struggled to calm down the charged Azimio supporters who demanded to meet Raila.

The meeting had partly been convened by Teso elders. The elders were expected to officially endorse Raila for the presidency.

Raila was also set to officially commit to his promise of building a palace for the King of the Iteso and a cultural centre for the community.

The two investments will be built in Soroti in Eastern Uganda.

Joho and Junet after the botched meeting addressed a mini rally at the Amagoro Primary School and left for Bukhungu Stadium in Kakamega where Raila is expected to hold his last rally in Western ahead of the August 9, polls.