DP William Ruto and his allies have criticised Uhuru for endorsing Raila Odinga as his successor.

• Uhuru endorsed Raila as his preferred successor, a move that was seen as betrayal by Ruto, his former political soulmate turned critic.

• But Kikwete said the outgoing president has a right in his capacity as a Kenyan citizen to associate with whoever he likes. 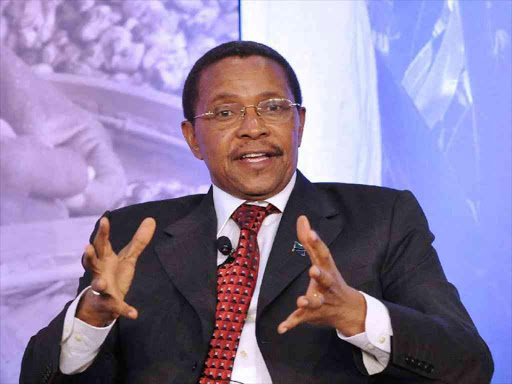 Jakaya Kikwete: "Pregnancy and childbirth should be moments of celebration and not moments of grief."

Kikwete said Uhuru has a right to make decisions on who to vote for.

"President Uhuru to involve himself in the elections is okay, he is also  Kenyan, he has a right to express his thoughts," he said.

The retired president spoke in Nairobi on Monday.

His remarks came amidst increased calls from DP William Ruto for Uhuru to take a back seat and let him deal man-to-man with Azimio presidential candidate Raila Odinga.

Uhuru endorsed Raila as his preferred successor, a move that was seen as betrayal by Ruto, his former political soulmate turned critic.

But Kikwete said the outgoing president has a right in his capacity as a Kenyan citizen to associate politically with whoever he likes.

(For the president to participate in elections is okay, he is a Kenyan and has every right to support whoever he likes)

The former Tanzanian president who arrived in the country on Monday will spearhead the East African Community observer mission in Kenya's August 9 general election.

The mission comprised of about 52 observers from EAC member states who will be in the country from August 1 to  August 12, 2022, to observe the elections.

Kikwete observed that Kenya has maintained peace during the campaign period.

"So much appreciation to Kenyans for being calm up to this point where the campaigns are at a climax," Kikwete said.

He urged Kenyans to maintain peace even after the elections.

The announcement was made on Monday, just 8 days before the polls.
News
3 months ago

Businesses in Burundi, Kenya and Uganda reported reduced cost of doing business during the pandemic.
Business
3 months ago

Regional Development PS says market size population has hit 350 million with a turnover of $250 billion.
Counties
4 months ago
Post a comment
WATCH: The latest videos from the Star
by BERTHA OCHOMO
News
01 August 2022 - 17:51
Read The E-Paper