Brucellosis, bovine tuberculosis and non-typhoidal salmonella are common in most pastoralist areas 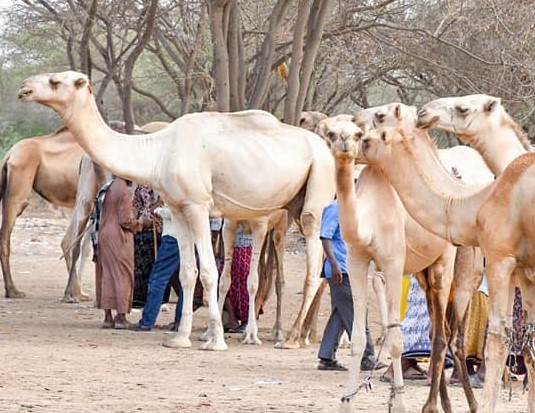 The three – brucellosis, bovine tuberculosis and non-typhoidal salmonella – are common in most pastoralist areas of Kenya.

Dr Mathew Mutiiria, a medical epidemiologist from the Ministry of Health, said such diseases are best controlled through the One Health approach.

This is the concept that human and animal health are interdependent and bound to the health of the ecosystems in which they exist.

“Kenya is at high risk from zoonoses and other trans-boundary diseases due to her geographical location, growing human population, close livestock-wildlife-human interactions and porous borders,” Dr Mutiiria said at a media engagement workshop organised by the Open Forum on Agricultural Biotechnology in Africa (OFAB) in Nairobi.

He referred to the One Health Strategic Plan for the Prevention and Control of Zoonotic Diseases in Kenya (2021-25).

The strategic plan shows that brucellosis, bovine tuberculosis and non-typhoidal salmonella alone cost the country more than Sh600 billion annually, corresponding to 3.9 per cent of the national GDP.

It is implemented by the Zoonotic Disease Unit domiciled at the ministries of Health and Agriculture.

These include the white and black rhinoceros, Rothschild giraffe, elands, Thompson gazelles, waterbuck and Grevy’s zebras.

According to the World Health Organization, two million people in low- and middle-income countries die each year from neglected endemic zoonotic diseases – such as anthrax, bovine tuberculosis and rabies every year.

The Ministry of Health estimates that about 2,000 rabies-related human deaths occur annually in Kenya and these may be underestimated due to inadequacies in the current surveillance systems.

In Kenya, the average cost of post-exposure treatment for rabies is Sh9,000 per patient and is higher when the psychological trauma and the financial hardships are fully accounted for.

Dr Mutiiria said the Zoonotic Diseases Unit has now strengthened surveillance across the country to slow down these diseases and prevent a major outbreak.

“There's surveillance both in animals and people and at the county level,” he said.

According to a recent Unep analysis, “Preventing the next pandemic: Zoonotic diseases and how to break the chain of transmission”, published in July, 60 per cent of the 1,400 microbes known to infect humans originated in animals.

Dr Karembu is also the director of International Service for the Acquisition of Agri-biotech Applications - Africa region.

WHO calls for immediate measures to control zoonotic diseases

Risk of mass infections and deaths has increased with Africa's development.
News
6 months ago

Unep moves to stop another pandemic