•. Gachagua said after the forthcoming elections, he will be the deputy president of the republic of Kenya and that he is no longer in Kega’s league.

• But Kega has repeatedly been saying that Azimio will beat Kenya Kwanza convincingly in the forthcoming general elections leaving Gachagua in the cold. 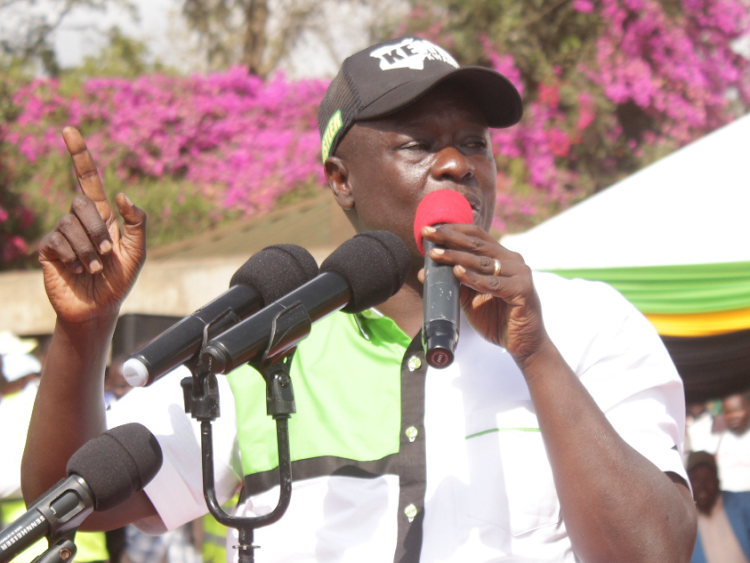 Kenya Kwanza presidential running mate Rigathi Gachagua has told Kieni MP Kanini Kega to stop engaging him in arguments as he is not in his league.

Gachagua said after the forthcoming elections, he will be the deputy president of the republic of Kenya and that he is no longer at his level.

He said he when he ascends to the office, he will offer services to the people of Kieni that Kega has been unable to offer for the ten years he has been their MP.

For instance, he said, the MP has been unable to create employment for the youth.

The people of Kieni, he added, are firmly behind deputy president William Ruto and that their MP  should, therefore, let them exercise their democratic right to vote for him on 9 August.

“Reciprocate by giving these people the respect they have given you by electing you for ten years. Stop forcing them to elect an 80-year-old man,” he said. 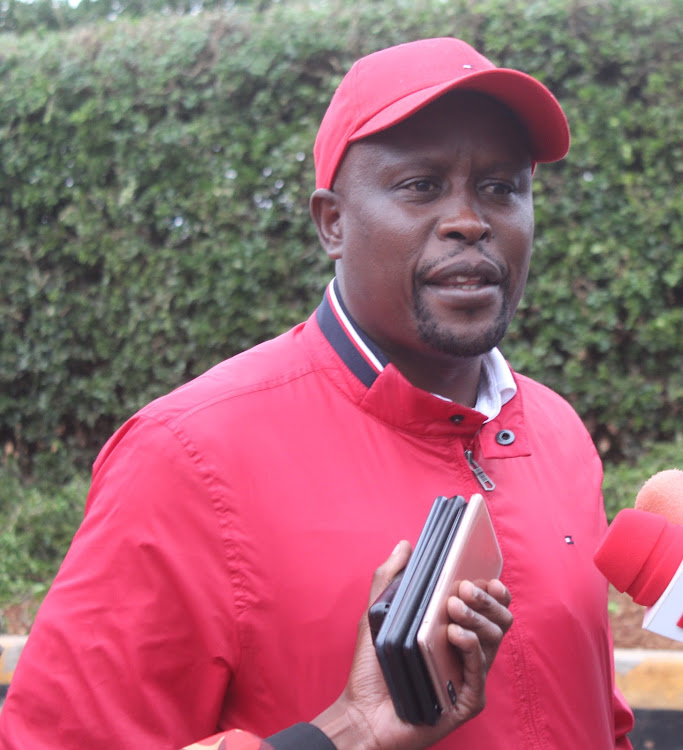 The Kieni MP has been campaigning for Azimio La Umoja One Kenya Alliance presidential candidate Raila Odinga who celebrated his 77 birthday early this year.

Kega has repeatedly been saying that Azimio will beat Kenya Kwanza convincingly in the forthcoming general elections leaving Gachagua in the cold.

He also urged them to elect other UDA candidates so he can have a team to work with on the ground if elected.

Gachagua spoke at Mweiga Township in Kieni West, Nyeri County, on Saturday where he had taken the Kenya Kwanza campaigns.

On Saturday, Kega for the second time in a week reiterated that he will be in Parliament for the third time as Gachagua proceeds to the cold for the next five years.

"I assure you that God willing on the 10th, I will be in the 13th Parliament but you (Gachagua) will go home,” wrote Kega on his Facebook account.

Kega told Gachagua, whom he accused of being behind the defacing of his billboards, that his name was engraved in the hearts of the Kieni people and not on billboards. 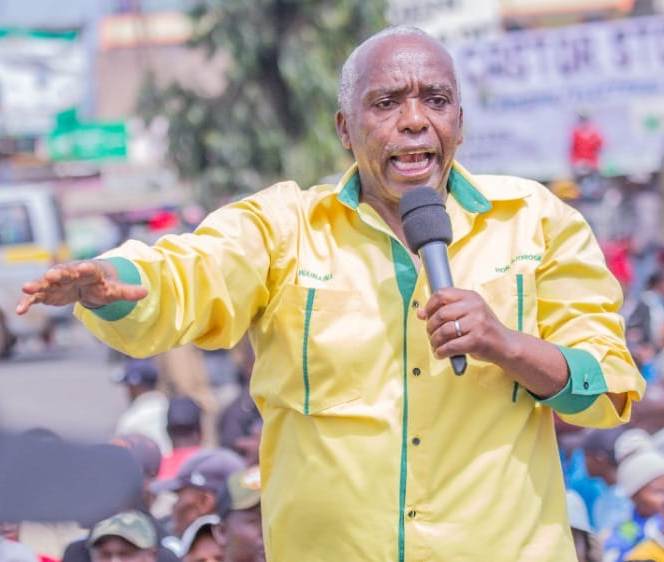 On his part, Wainaina said if elected, he will ensure two buses are bought for the educational tours in a bid to promote the Competence Based Curriculum (CBC).

The buses will be used for transporting learners from public schools when they want to go on an educational tour.

He also pledged to ensure transparency in NG-CDF bursary allocation so that the fund can benefit more learners.

Wanaina said he will also ensure more homes are connected to electricity saying electricity connection in Kieni is at 43 per cent compared to other areas where the same is at 76 per cent to  86 per cent.

“In many places in Kieni, people are still using kerosene lamps,” he said.

"But I am not afraid I will pay the ultimate price," he said.
News
2 months ago