•On Friday, Ruto took on his social media to raise concern over the use of the chiefs and their assistants to mobilize voters to vote for the Azimio presidential candidate Raila Odinga.

•Interior CS Fred Matiangi and his PS Karanja Kibicho have vehemently refuted the allegations as propaganda. 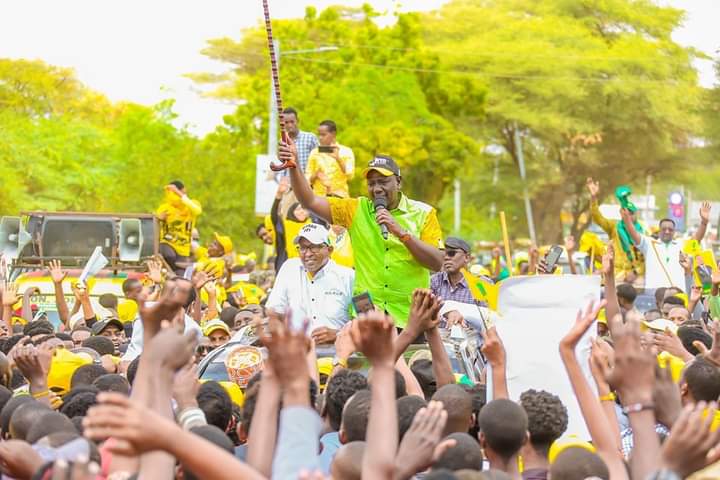 UDA presidential candidate William Ruto has assured local administrators that his government will not fire them once he assumes power.

Addressing a rally in Garissa town on Saturday, Ruto urged the local administrators not to be intimidated or coerced to interfere with delivering free, fair and credible elections.

“I am asking all public servants and the provincial administration in the country not to accept to be coerced, intimidated into supporting the government project in the name of Raila Odinga. Your jobs are well secured. No government is going to fire you. Nobody should sell fear to you,” said Ruto.

“You must not accept illegal orders, you must not be coerced or forced to participate in one way or another to manipulate or undermine this election and to cause havoc and conflict amongst Kenyans." 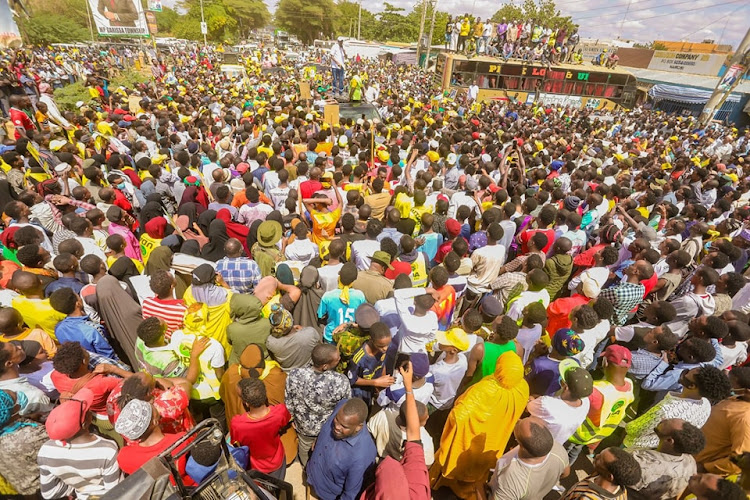 On Friday, Ruto took on his social media to raise concern over the use of the chiefs and their assistants to mobilize voters to vote for the Azimio presidential candidate Raila Odinga.

Interior CS Fred Matiangi and his PS Karanja Kibicho have vehemently refuted the allegations as propaganda.

Ruto continued with his onslaught on president Uhuru Kenyatta urging him not to interfere with the August polls and instead let Kenyans vote for the leaders of their choice.

“I want to tell our brother, President Uhuru Kenyatta, we don’t want elections that will be marred with violence. He should be on the forefront in ensuring that he leaves behind a country that is united,” he said.

Ruto who was accompanied by several local leaders among them Garissa Township MP Aden Duale and governor candidate Dekhow Mohamed further assured the residents that he will prioritize the issuance of ID cards, passports, and extra-judicial killings that have been a thorn in the flesh of the residents.

“Never again will sons and daughters from this region be treated like second-class citizens. I want to tell you while in Garissa that I will make you get all these important documents as quickly as possible once one applies just like is the case with other Kenyans from other parts of the country,” said Ruto.

“I also want to assure you that there will be no enforced disappearance and extra-judicial killings. It is unfortunate that this region has lost hundreds of men which has led to many widowers and orphans. This really pains me. This will come to an end with the Kenya kwanza government. If somebody is suspected to be involved in any form of illegal activities the law will take its course." 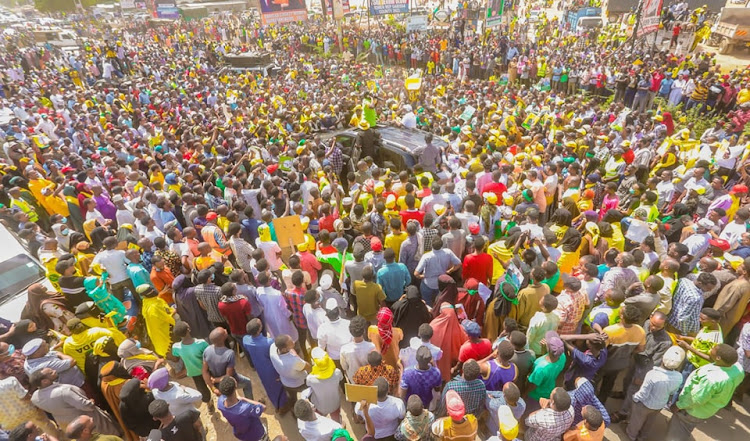 Ruto further hit out at Odinga accusing him of lacking a plan to transform the country.

He promised to pump Sh50 billion special fund that will go into supporting the business community.

“I am saying that the issue of unemployment is no longer a joking matter. It's a national crisis. That is why we are saying that we are going to deploy Sh200 billion to develop our leather industry in agro-processing, value addition and in housing so that we can help these young people in building our country,” he said.

Ruto used the opportunity to campaign for Duale describing him as a true leader who deserved another chance to continue leading.

On his part, Duale said that as a region, they will vote for Ruto to be the last man describing him as a safe pair of hands to transform the country. 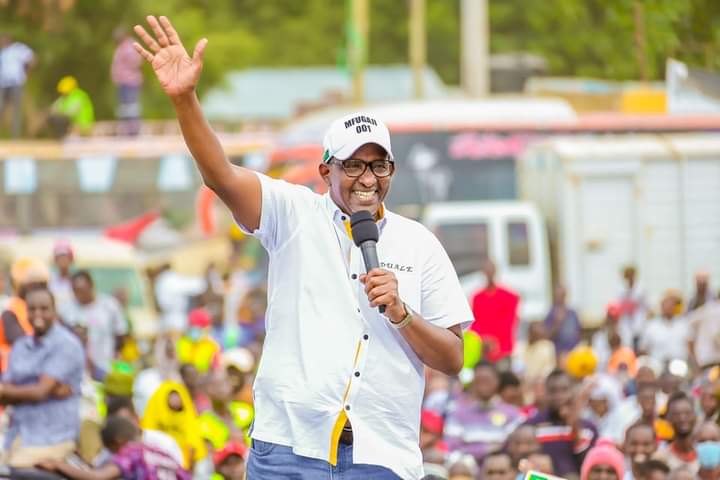 Duale said that Ruto has been consistent in fighting for the rights of the region and urged the electorates to vote for him so that the region can realize fundamental transformation.

“As a region, we have lost our children in president Uhuru Kenyatta-led government through extra-judicial killings and enforced disappearance. Ruto on the hand has assured us that this will not happen under his leadership,” said Duale.

The former majority leader further hit out at the president accusing him of having plans to interfere with the August polls.

“I want to tell President Kenyatta that we are very well aware that you have the intention of switching off the internet and causing chaos but we are telling you not to dare do that. Do the honourable thing and use the remaining days to start packing and hand over power in a peaceful manner,” he said.

"What will it benefit you to foment conflict amongst innocent Kenyans?"
News
2 months ago