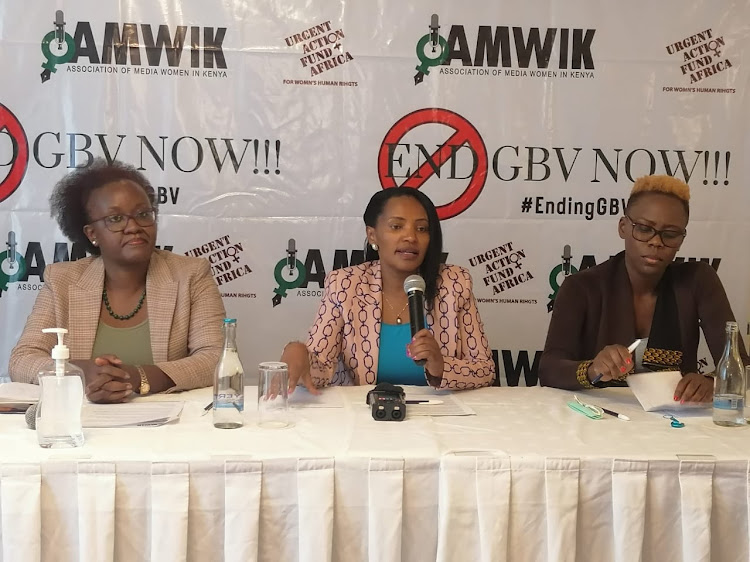 Sexual harassment and other forms of violations among women journalists have become a serious cause of concern among stakeholders in the media industry.

A survey by Unesco and International Centre for Journalists revealed that 73 per cent of women journalists globally experienced online violence and only 20 per cent reported the attacks.

In an effort to improve their safety before the August 9 election, the Journalists for Human Rights on Thursday held a media roundtable on the safety and security of journalists during the electioneering period.

The meeting held at a Nairobi hotel discussed the safety shortcomings women journalists experience and the interventions different players are taking to address the issue ahead of the election.

Speaking at the event, the Association of Media Women in Kenya executive director Judie Kaberia said women journalists were mostly targeted when it comes to harassment.

Kaberia said according to a global study, about 40 per cent of women journalists avoided reporting on politics for fear of getting harassed.

Kaberia said 70 per cent of women working in the media have experienced more than one type of harassment, threat or attack in the past.

“There is a need for continuous training of women journalists, mentorship, psychosocial support and supporting them with medical covers among other things that need to be done for their safety,” she said.

Kaberia also urged women journalists to work in groups with colleagues from other media houses.

She said the majority of threats, intimidation and abuse directed towards female journalists occur in the workplace and are perpetrated by male bosses, supervisors and workers.

Kaberia said they had to relocate a female journalist who was being trolled by an editor after turning down his advances.

She said this year alone, they have dealt with more cases in leading media houses.

“People say we are making flimsy excuses about harassment of female journalists in the newsrooms. But these are real cases,” she said.

She urged media houses to allow women to report on politics by supporting and protecting them and not taking political sides.

Dinah Ondari, the Media Council of Kenya manager of press freedom, safety and advocacy urged women journalists to assess the risks and threats in all political activities before coverage.

She said journalists had the right to decide on the assignments to cover especially when it revolves around their safety.

“The council has documented an increase in the number of election-related violence against journalists,” Ondari said.

According to statistics compiled by MCK, by October 2021, the council had documented 55 cases of violations with security agencies leading as the sources of threats.

Cases of assault against journalists remained high at 17, arrests (12) and threats nine.

Ondari urged media houses to ensure they provide adequate safety and protection for journalists, provide psychosocial support and ensure they have a functional social media policy among others.

She urged journalists to ensure they keep important contacts with them such as the area regional police commander, county commander, media house security manager, MCK email and hotline numbers and the IEBC’s presiding and returning officers contacts.

“No story is worth dying for. Safety begins with you,” Ondari told journalists.

Media a powerful tool for bringing women's rights issues to the attention of the wider public.
Opinion
6 months ago