•According to the ministry, Hepatitis in Kenya is disproportionately distributed within counties and population.

•It is estimated that 1.9 million people are infected with Hepatitis B and C virus (HBV; HCV) with those having HBV being the majority at 1.56 million. 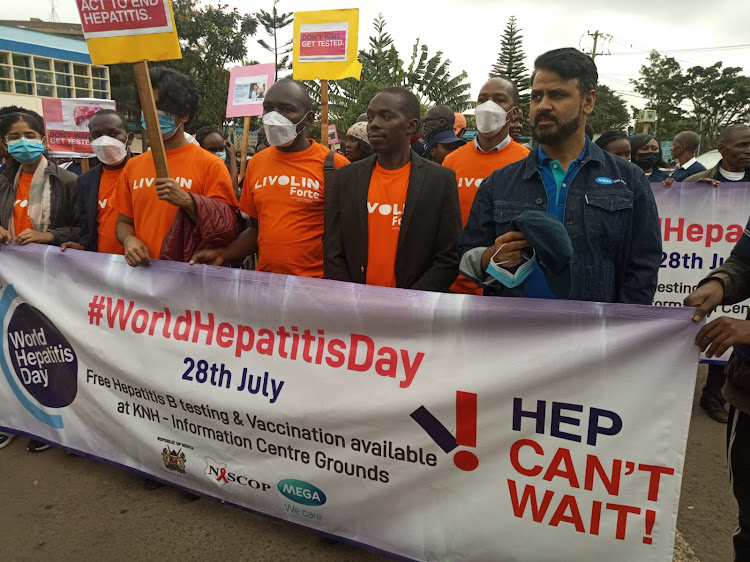 Traditional cuts and markings on the body have been flagged by experts as being the main drivers of the high prevalence of Hepatitis B in three counties.

It has now emerged the counties have the highest prevalence of the disease at more than 10 per cent.

They include Turkana at 16.8 per cent followed by Baringo (11.9) and Migori with a prevalence of 10 per cent.

Heath experts say even though more research should be carried out in the respective counties an ongoing study by Kemri in Baringo cited sharing of sharp-cutting objects that have not been sterilised as the main cause.

“We have circumcision which is a rite of passage that is practiced in these counties and of course when they are practiced some of them may use unsterilised equipment,” Dr Jebet Boit from Nascop said.

On Thursday, Kenya joined the rest of the world in marking World Hepatitis Day. This year’s theme is ‘I can’t wait.’

“There are several factors including the procedures that are invasive and other practices but more studies need to be done around there to establish exact reasons," Dr Simon Kibias from the Ministry of Health said.

"But we need to be aware because the more we create awareness the more we get to know some of those contributing factors.”

Kibias is the Head of the Directorate of Health Standards, Quality Assurance and Regulation.

According to the ministry, Hepatitis in Kenya is disproportionately distributed within counties and population.

It is estimated that 1.9 million people are infected with Hepatitis B and C virus (HBV; HCV) with those having HBV being the majority at 1.56 million.

Hepatitis C in Kenya is more prevalent among the people who inject drugs with an estimate at 12- 15.6 per cent.

“It is worth noting that, Hepatitis B is preventable through vaccination and there are treatments available for Hepatitis C that have a 95 per cent cure rate,” Kibias said.

Data from the World Health Organization shows that more than 90 million people are living with hepatitis in Africa, accounting for 26 per cent of the global total.

But because the disease goes mostly undetected due to an absence of symptoms until it is too late for treatment, preventable loss of life is the tragic result.

The 2021 WHO scorecard shows that the prevalence of Hepatitis C in 18 countries is more than 1 per cent with the data showing Kenya has a low Hepatitis B prevalence of 1.7 per cent.

“We however, know that there are pockets of endemic regions in the country having a prevalence of more than 10 per cent in hospital settings and the prevalence may be as high as 53 per cent among HBV/HIV co-infection patients,” Leonard Otieno from WHO said.

According to Otieno, the country also carries a high burden of chronic Hepatitis B carriers of more than one million people, who need care and treatment.

Hepatitis is an inflammation of the liver.

There are five main types of the hepatitis virus – A, B, C, D and E. However, the first three are the most prevalent in Kenya.

Hepatitis B and C lead to chronic disease in hundreds of millions of people globally and together are the most common cause of liver cirrhosis, liver cancer and viral hepatitis-related deaths.

WHO notes that to achieve hepatitis elimination at least 60 per cent of people living with hepatitis B and C must be diagnosed and at least 50 per cent eligible for treatment must be cured or receiving treatment by 2025. 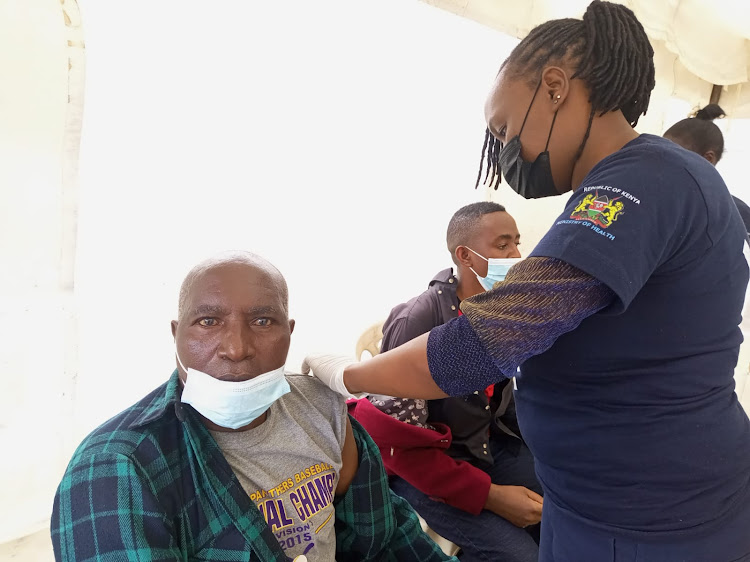 A nurse vaccinates a man against hepatitis during the World Hepatitis Day at Kenyatta National Hospital on July 28, 2022
Image: MAGDALINE SAYA

Hepatitis B vaccinations for 3,000 healthcare workers

School maintains the form three boy will be admitted after removing the tattoo.
News
1 year ago

Kenyan firm to produce syringes amid looming shortage in Africa