One killed, animals stolen in attack in village in Marsabit

•The incident happened on Monday, and his body was discovered long after the attack had occurred. 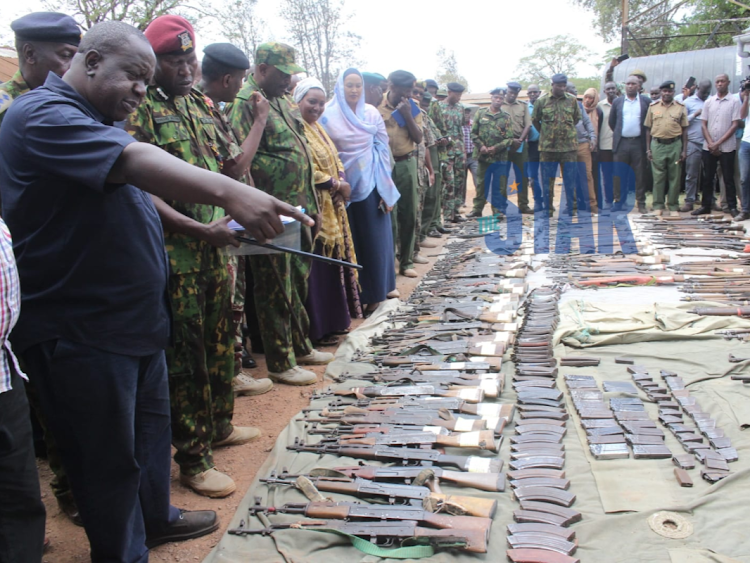 A 34-year-old man was shot and killed before his 40 animals were stolen in an attack on a village in Marsabit County.

Police said Simon Asugo Sakaldere was attacked as he herded his animals. He was shot in the neck before the attackers drove off with the cows.

The incident happened on Monday, and his body was discovered long after the attack had occurred.

Security personnel were rushed to the area to pursue the attackers amid fears of retaliation, which would shake the fragile peace being experienced there.

The family of the deceased was given the body on Tuesday for burial.

There is an ongoing operation in the area to get rid of illegal firearms in the hands of civilians.

Some locals claim the operation has taken away guns they had been using to defend themselves whenever there was a similar an attack from bandits.

A dusk to dawn curfew that started on May 2 and has been extended twice to enable multi-agency teams to conduct an operation there targeting illegal guns fanning bloody violence.

Interior Cabinet Secretary Fred Matiang'i said on June 30, given the threats posed to security and public order by disturbances occurring in the area, it was prudent to extend the curfew.

Officials said the operation will continue until at least 5,000 of the estimated guns in illegal hands in the county are retrieved.

Matiang’i said although the multi-agency team deployed in May this year had restored peace in the vast county, the mopping of illegal weapons must be concluded as a long-term security strategy.

He revealed that just over 200 guns, around 3,000 ammunitions, a grenade and assorted bayonets have been surrendered/recovered under Operation Rejesha Amani.

The extension of the curfew was to facilitate the operation to stabilize a county that has been a theatre of bloody conflicts that have claimed hundreds of lives over the years.

He hailed the deployment of the security team, saying it had succeeded in stopping bloody ethnic conflicts that have ravaged the county.

The first one involved a minibus heading to Odda from Moyale, which rolled and killed two passengers on the spot.

Police said ten other passengers were injured in the accident and admitted to a local hospital following the Monday evening incident.

Police say they are investigating the incidents.

Say use of force by security teams delays repossession as bandits go into hiding.
Counties
6 months ago

Elders step in, recover half of stolen animals in Marsabit

The recovery took the elder's effort to identify where the animals were hidden.
Counties
6 months ago

Duba, 42 was shot in the chest and leg but is in stable condition.
Counties
6 months ago

Over 1,500 residents benefit from free eye clinic in Marsabit