• Governor Kiraitu Murungu said on Tuesday that the county will ensure that all the losses incurred in the accident will be paid for by his government. 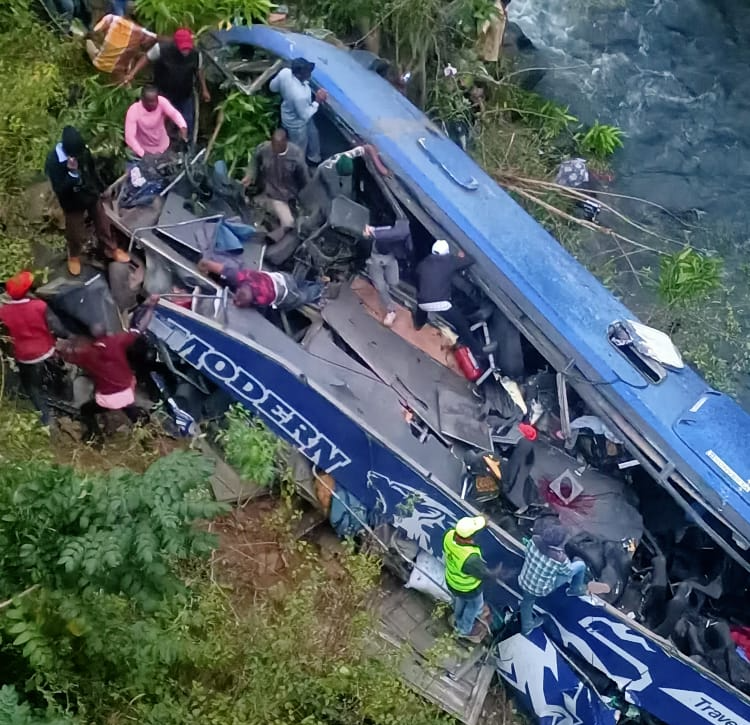 The ill-fated bus that plunged into River Nithi on Sunday
Image: COURTESY

Meru County Government has said it will cater for burial and hospital bills for those involved in the Nithi bridge accident.

Meru Governor Kiraitu Murungi said on Tuesday that the county will ensure that all the losses incurred in the accident will be paid for by his government.

"I am here to announce that Meru County Government will offer all the necessary support which include, medical treatment bills and the burial expenses," he said.

The accident which occurred on Sunday at Nithi bridge in Tharaka Nithi claimed the lives of 35 people.

Eyewitnesses said that the Mombasa-bound bus was travelling from Meru Town when the accident occurred.

Kenya Red Cross on Sunday was able to rescue some of the victims, who were rushed to the hospital.

Kiraitu cautioned the drivers to be very careful while using the roads.

"I urge the drivers to be vigilant and be careful especially during the election period," Kiraitu added.

The accident happened just a month after National Transport and Safety Authority (NTSA) released a report on the increasing number of deaths following road accidents.

According to NTSA, about 2,211 have died on Kenyan roads between January and June this year, compared to 1,988 who died around the same time in 2021.

At least 33 people died after a bus plunged into River Nithi in Tharaka Nithi county around 6 pm on Sunday.
News
4 months ago

Death toll from the Nithi bridge accident rose to 34 on Monday.
News
4 months ago

The Mombasa-bound bus was travelling from Meru Town when the accident happened.
News
4 months ago
Post a comment
WATCH: The latest videos from the Star
by BERTHA OCHOMO
News
26 July 2022 - 14:58
Read The E-Paper