• The DRC officials claim nearly three metric tonnes of gold from the Democratic Republic of Congo, ‘mysteriously disappeared’ from the custody of customs in Nairobi.

• “The issue is now under probe and we hope to get to the bottom of it. They are serious claims,” an official aware of the probe who asked not to be named said. 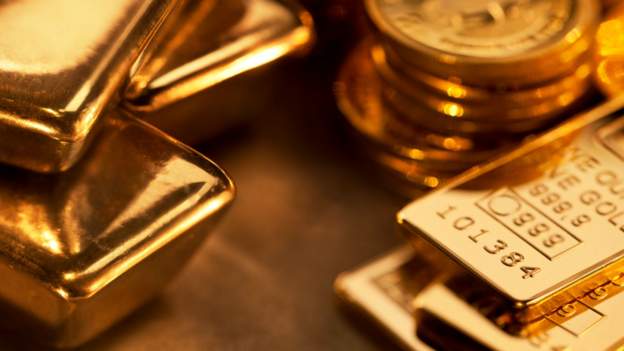 ILLEGAL GOLD: One troy ounce of gold - that will be in the Mosi-oa-tunya coin - costs more than $1,600
Image: GETTY IMAGES

Kenya and the Democratic Republic of Congo have agreed to once again jointly investigate claims of illegal gold trade.

This is after DRC officials claimed gold worth almost Sh20 billion went missing from the hands of their agents in their country and later from customs officials in Nairobi.

An official aware of the incident said it was reported at the Jomo Kenyatta International Airport police under OB 12/07/2022.

Over the years, DRC officials have identified Kenya as a major hub in the illegal gold trade, which fuels DR Congo's 15-year conflict.

Further, a shocking tale of millionaires and missing gold has been unfolding in Nairobi.

The DRC officials claim nearly three metric tonnes of gold in a consignment from the Democratic Republic of Congo with a staggering market value exceeding SG 20,000,000,000, ‘mysteriously disappeared’ from the custody of customs in Nairobi.

Officials suspect the consignment may have been stolen and smuggled out of the country without following due process nor obtaining the consent of the owner.

“The issue is now under probe and we hope to get to the bottom of it. They are serious claims,” an official aware of the probe who asked not to be named said.

Apparently, the highly calculative racket is thought to have collaborated with aviation and government officials to conspire with gold export agencies to move the large consignment whose destination is yet to be revealed.

The officers handling the matter said the involved parties, buyers and sellers, disagreed on payment procedures, which prompted the buyers to rely on his political and business connections to move the consignment from the customs office.

The buyers are said to be of Arab and European origin.

Investigative agents from both countries are said to be in hot pursuit of the culprits in order to identify their destination and recover the gold.

On the other hand, the seller, who is critically ill in DRC, has already initiated the process of halting the transaction via the courts as he hopes to recover the gold, another official said.

In 2011, then presidents, Mwai Kibaki and Joseph Kabila formed a similar joint team to investigate the illegal gold trade.

Nothing much came out of it other than reports that much of the report on the same were fake.

Parts of eastern DR Congo is also rich in tin and coltan, which is used in electronic goods such as mobile phones.

Gold business has been booming under world with cartels involved using Nairobi as the major transit point.

Fraudsters also lure unsuspecting buyers to Nairobi for “business” and later con them of millions of shillings.

Police say they have dozens of cases of complaints from foreigners who say they had been conned by Kenyans pretending to be selling gold.

In efforts to address such incidents, the DCI had asked embassies in the country to join the fight against the vice by urging them to advise their nationals engaged in trade to follow procedures.

“We urge the embassies (High Commissions) to advise their nationals coming in for business to be apprised of con business of gold going in the country.

"Also to first contact the department of Mines and Geology for the procedure that pertains to buying and selling of gold and other precious metals,” the DCI said.

It has extended similar caution to Kenyans trading in the commodity to conduct proper due diligence and ascertain that the people they are dealing with are not fraudsters.

“The gold scam has now reached alarming levels as unsuspecting foreign nationals are being swindled large amounts of money by fraudsters,”  the DCI said.

How deployment of EAC troops to DRC creates more tension

Committee hasn't met for six years because issue of their allowances not settled.
Western - Page 28
7 months ago

A senior diplomat from the Middle East is on the radar of Kenyan authorities over reports he is involved in the smuggling of gold from the ...
News
3 years ago

Mining suspended in Vihiga after three suffocate to death