Teacher who severely beat student should be fired — Magoha

The CS said the teacher should face the full force of the law.

• The boy said he was contemplating dropping out of school or even worse, end his life as he cannot take the punishment anymore. 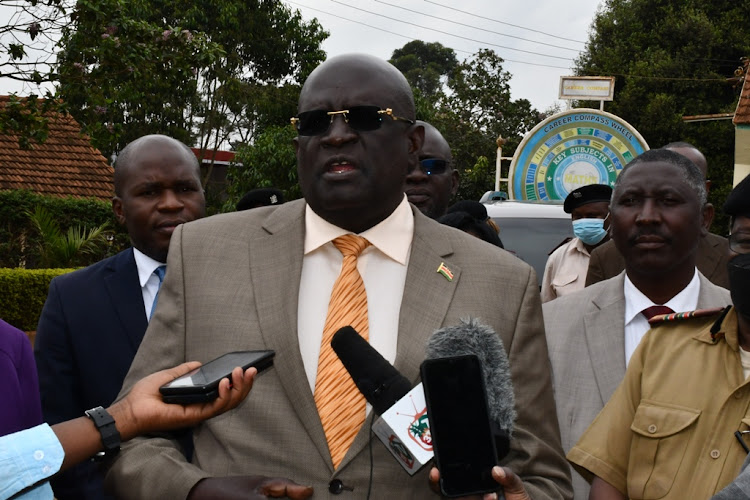 Education Cabinet Secretary George Magoha has condemned the assault of a Standard 8 candidate at Nyamninia primary school in Siaya county for failing to attain 400 marks in the internal school assessment test.

While addressing the media after inspecting the CBC classes at Wagwere Mixed Secondary School, Magoha said the teacher who has since been arrested, should be sacked.

The CS termed the act as savage, saying the teacher should face the full force of the law.

"It is totally against the law to apply any stick on a child, the law currently stands, my personal opinion notwithstanding, but it is savage to cane a child like you are canning an animal, and anybody who did some teaching, canning is not going to improve but inspire rebellion from the child,"  he said.

Magoha asked Teacher Service Commission to discontinue the teachers and relieve them of their duties.

He reiterated that it's unlawful to apply corporal punishment, saying it should be tamed at all costs.

The video emerged online of the pupil decrying inhumane corporal punishment at his school over 'poor performance' on July 21.

The pupil was filmed narrating how he was severely whipped by two teachers for failing to score 400 marks in an exam.

The boy in the video said he was contemplating dropping out of school or even worse, ending his life as he cannot take the punishment anymore.

The Ministry of Education banned corporal punishment in schools in 2001.

The act is unlawful under the Constitution and is prohibited in the Basic Education Act, 2013. But the behaviour is still persistent in some schools.

The boy said he was contemplating dropping out of school or even worse, end his life.
News
2 months ago

The CS said the Kenya's economy had deteriorated and demands made by the teachers can not be met.
News
2 months ago

Magoha: I've done my best, find someone to do better