Less than 48 hours after the ban, the matatus were back on the expressway joining other motorists.

•While using the expressway, matatus used to pay much more compared to smaller cars.

•The association, led by its chairman Simon Kimutai, has referred to the move as unfair and biased. 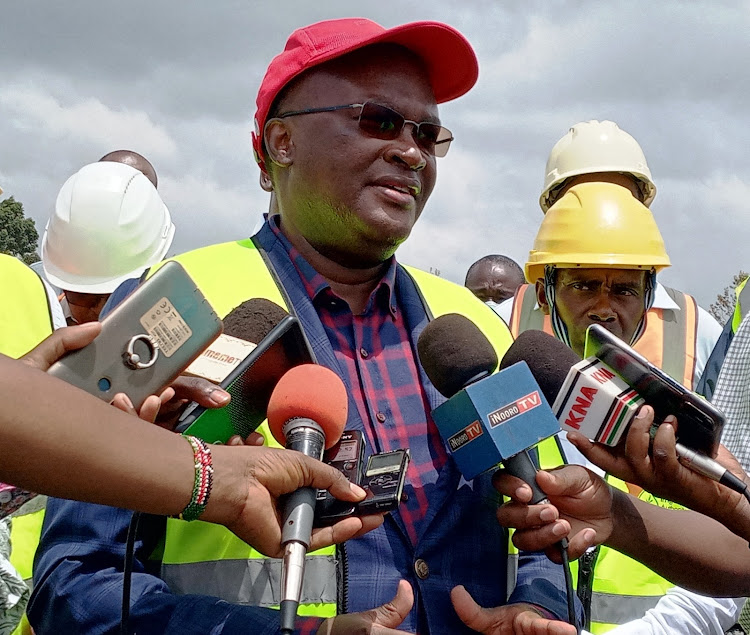 The government has warned matatus against using the expressway while the the provisional ban is in place.

Two weeks ago the government temporarily banned public service vehicles (PSVs) from the Nairobi Expressway after a series of road crashes.

However, less than 48 hours after the ban, the matatus were back on the expressway.

A spot check by the Star has revealed that most matatus were using the Haile Sellasie entry point of the expressway and they were allowed to enter and given a receipt to pay upon reaching the exit.

These were matatus mostly plying the Imara Daima route, Kitengela and Athi River.

However, the government maintains that the ban is still in place.

Speaking to the Star, Transport CS James Macharia insisted that they have not allowed PSVs on the road and any matatu driver caught using the road will be apprehended

“No, we have not allowed the matatus back and any matatu on the expressway will be pulled over by the police,” he said.

While using the expressway, the matatus used to pay much more compared to smaller cars.

It is believed that a fee of Sh1200 was being paid compared to the reduced fee for a small car and they used to make frequent trips on the road, especially during evening rush hours.

The ban has not sat well with many commuters and also Matatu Owners Association.

The association led by its chairman Simon Kimutai has referred to the move as unfair and biased.

“It was very unfair for the government to ban matatus from using the expressway yet the sector is not to blame for all accidents,” Kimutai said.

The MOA boss explained to Star that apart from the Embassava accident, the rest were caused by personal vehicles.

“Let's be fair and not blame matatus for every problem faced on roads.,” Kimutai said.

He added that matatus using the expressway had decongested the old Waiyaki- Uhuru Highway- Mombasa Road which resulted in the easing of traffic flow.

Last month Moja Expressway, the parent company managing the Nairobi Expressway, revealed that PSVs will be allowed to use the road on the condition that they do not pick up or drop off passengers along the 27- kilometre stretch.

Moja explained that the move will prevent the occurrence of traffic jams on the elevated road.

Buses and matatus which opted to use the expressway were charging commuters an extra Sh20 or Sh30 depending on the distance covered.

It is not clear if or when the government will lift the ban against matatus using the expressway.