Uhuru has ordered maize flour to retail at Sh100 for a 2kg packet.

•The president said those driving a political agenda out of maize flour prices are mocking vulnerable families that cannot afford the commodity.

•Uhuru, who ordered the maize flour to retail at Sh100 effective immediately, said there is a need for leaders to unite in fighting challenges facing Kenyans. 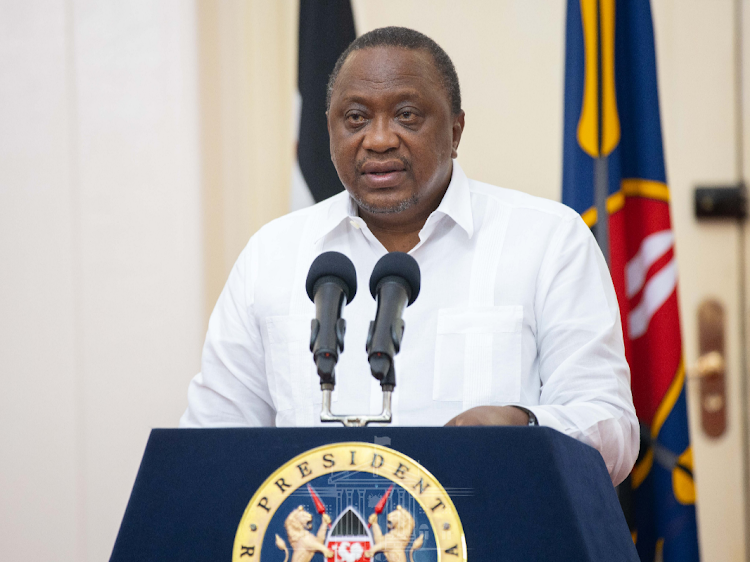 In a press briefing at State House, Nairobi, the President said those driving a political agenda out of the matter are mocking vulnerable families who are struggling to meet their needs.

Uhuru, who ordered the maize flour to retail at Sh100 effective immediately, said there is a need for leaders to unite in fighting challenges facing Kenyans.

"It is so unfortunate and shocking, that we have the audacity to politicize the misery of the most vulnerable in our society. It is even more distasteful for us to seek political gain and make political capital out of the suffering of the vulnerable," Uhuru said.

"To politicize the pain of the vulnerable without offering solutions is to mock the lifestyle of the same people that you seek to vote for you."

In his address, the President gave Kenyans a reprieve after he ordered the price of maize flour to retail at Sh100 countrywide for a 2kg packet.

"Maize flour shall retail across the entire territory of the country at the price of Sh100 down from Sh205 for a 2kg packet, until otherwise directed," he said.

Uhuru added that the subsidy program is meant to lower the cost of living for vulnerable households, as the government looks for a sustainable solution for the unga crisis.

"I note with regret and sadness, the impact that it has had, for a 2kg pack of maize mill to remain out of the reach of many as it currently retails at a proximately Sh205," he said.

To realize the new price, the President announced suspension of the Railway Development Levy (RDL) on all imported maize.

He also suspended the Import Declaration Fee (IDF) on all imported maize.

Uhuru said the government had in the past few days, been engaging with all milling companies under the Agricultural Food Authority (AFA).

Is unga subsidy political?
Poll of the day
6 months ago

Maize flour to retail at Sh100 from today