He said he will not resign from government should he ever fall out with Ruto.

• Speaking at the start of the deputy presidential debate Tuesday night, Rigathi said both him and the DP are strong-willed leaders who respect each other. 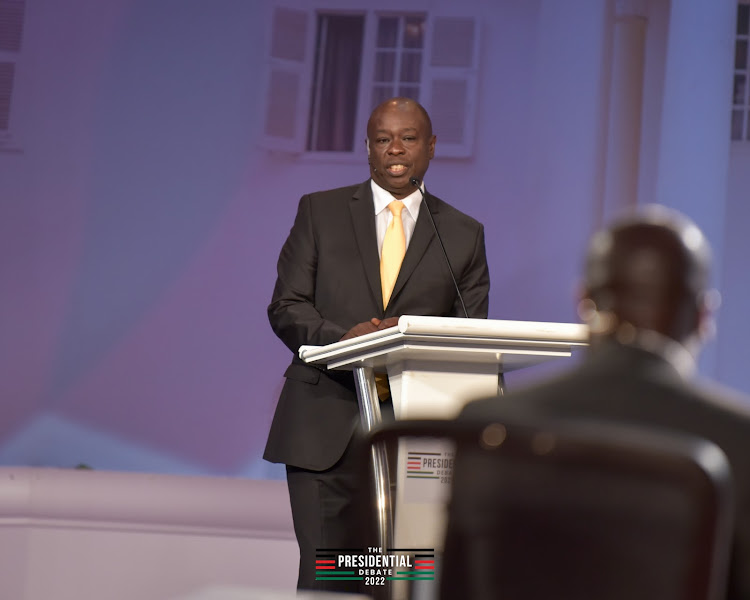 UDA presidential candidate Rigathi Gachagua has ruled out the possibility of a fallout between him and DP William Ruto should they form the next government.

Speaking at the start of the deputy presidential debate Tuesday night, Rigathi said both him and the DP are strong-willed leaders who respect each other.

"None of us suffers from inferiority complex. At no time will William Ruto ever punish me or mistreat me because he has no reason to," Rigathi said.

The Mathira MP said him and Ruto have reached a gentleman's agreement to support each other at whatever cost should they win the August 9 general election.

Rigathi said they would have inherited a debilitated economy such that they will not have time to quarrel.

Rigathi was responding to a question regarding the fall out between President Uhuru Kenyatta and the DP.

The former DO defended Ruto saying the fall out with the  president was born out of inferiority complex.

Rigathi said as for them, nothing will lead to such a fall out since what has brought them together is bigger than their personal interests.

"People must allow strong leaders to prevail, and you shouldn't have a problem when your deputy is strong, and sharp and focused," Rigathi said.

He blamed the president for the current high cost of living saying he had allowed the DP to help him govern the country, the situation would not be as dire.

"All the stalled projects would be going on, he would have used Ruto's strengths and use it to strengthen his leadership for the sake of the people," he added.

Rigathi ruled out any possibility of resigning from government in the unlikely event that he falls out with Ruto.

"I don't think it's honourable to be a quitter. I think you must fight from within and pursue what you intended to do," he said.