Roots Party has made controversial proposals in its manifesto including legalising bhang.

• Justina was full of excitement upon arrival at the venue stating that she will use the opportunity to clear the air about some aspects in their manifesto.

• Proposals in the Roots Party manifesto have earned them praise and criticism in equal measure. 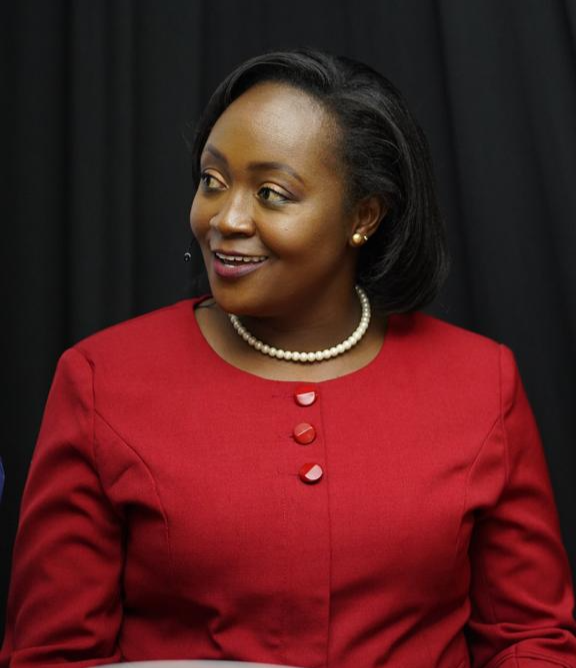 The candidates were given an opportunity to pick from a ruffle box who would speak first when the debate gets underway. Justina will speak first.

She was full of excitement stating that she will use the opportunity to clear the air about some aspects in their manifesto.

Proposals in the Roots Party manifesto have earned Justina and his presidential candidate George Wajackoya praise and criticism in equal measure.

"I'm here to distigmatise our manifesto so I'm energised and I'm syked up," Justina said.

Controversial proposals in the Roots Party manifesto include suspension of the Constitution, legalisation of cannabis, commercialization of snake rearing and exportation of hyena testicles for medicinal use in China.

The duo has argued that marijuana will only be legalised for medicinal use but those critical of the proposal have raised questions about its misuse.

"I prepared accordingly. You know Kenyans are very bright so I need to come off smart," Justina said.

The debate will be moderated by Zubeida Koome and Francis Gachuri and will be beamed live across TV and radio stations.

The four candidates will feature in a debate on Tuesday, July 19 from 5pm.
News
3 weeks ago
WATCH: The latest videos from the Star
by EMMANUEL WANJALA Radio, Print & Digital Reporter
News
19 July 2022 - 17:17