Savula asks Ruto to apologise over remarks against CS Wamalwa

DP Ruto was reacting to claims by Wamalwa that he almost slapped him in State House. 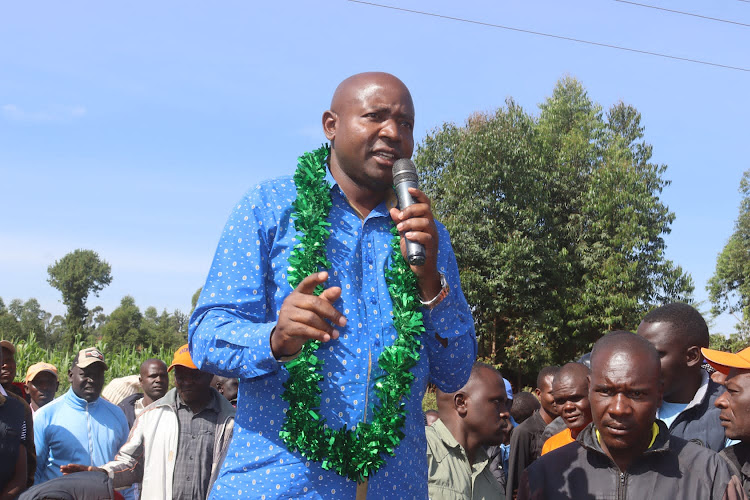 Deputy president William Ruto has been asked to apologise to the Luhya community for referring to defence minister Eugene Wamalwa as a woman.

“I want to address Ruto with respect. We as Luhyas want respect. If he fails to apologise within seven days, I will lead peaceful demonstrations against him across Western,” he said.

He said that it was unfortunate for a person who wants to lead the country to show disrespect to a whole community, adding that Ruto was full of anger and unfit for  for president.

"We are going to use all the money we have to make sure that Ruto is not president," he said.

He was addressing a campaign rally at Mbururu market in Likuyani constituency on Sunday.

While addressing rallies in western Kenya a week ago, Ruto said that the Kelenjin community traditions doesn’t allow a man slap a woman.

He was reacting to claims by Wamalwa during an Azimio rally at Bukhungu stadium a week go that the DP almost slapped him at state house in 2018.

This came a week after a video leaked in which the DP said that he almost slapped president Uhuru Kenyatta after he almost gave up the repeat presidential election in October 2017.

Wamalwa’s Baengele clan elders from Trans-Nzoia have also condemned Ruto’s remarks as demeaning to the community.

Savula said that Ruto must respect the Luhya community.