The debate between Mr Gachagua and Ms Karua might help provide clarity.

•A face-off will be an intriguing contest between two tough and strong-willed politicians, both armed with sharp tongues not used to taking prisoners.

•For Karua, a good performance will prove that the hype around her was indeed justified 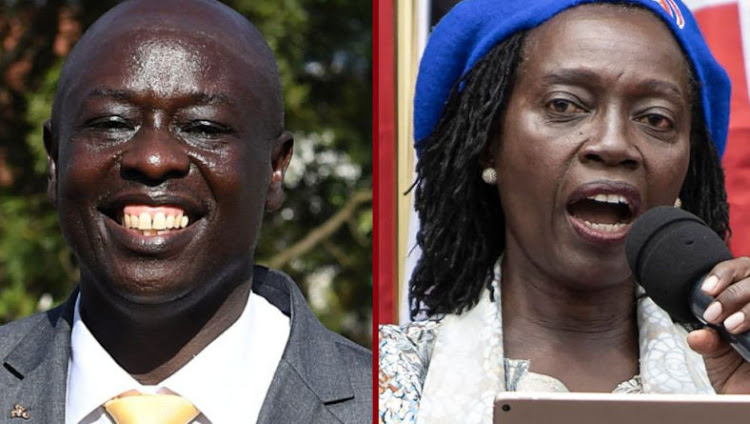 There is no doubt that in many democracies, the highlight of any run-up to presidential elections is a public debate among candidates.

Nixon was expected to dominate the debate given his proven proficiency in radio debates as well as great experience in government and foreign policy expertise.

But it turned out he was not well prepared. He was unfamiliar with the new format of television, refusing make-up that made him sweat profusely under the studio lights and also gave him an unhealthy-looking skin colour.

He also wore a suit that clashed with the set background.

As Nixon struggled with the confident, younger rival ran away with the debate, which many consider the turning point that pulled Kennedy ahead and on to a narrow election victory shortly afterwards.

After the 1960 Nixon-Kennedy debate, there was a respite for 16 years until 1976 when President Gerald Ford, a Republican, faced off in a series against his Democratic challenger, Georgia Governor Jimmy Carter.

The impact of televised debates was demonstrated in the second one on foreign policy when Ford made a major blunder in the middle of the Cold War by declaring “There is no Eastern Bloc and there never will be under a Ford administration.” He had approached the debate leading in the opinion polls, but after that, President Ford slipped backwards and Carter won a very close election.

It wasn’t until 1984 that vice presidential debates were incorporated into the package.

They have been largely sideshows and have had little impact on the election, but they have had their memorable moments.

They also take on added significance when seen not just as a duel between the lieutenants, but as a measure of the presidential gravitas of the two deputies a heartbeat away from the presidency.

That is the importance of the debate between Kenya Kwanza and Azimilo la Umoja running mates Rigaathi Gachagua and Martha Karua respectively.

While the face-off between Deputy President William Ruto and former Prime Minister Raila Odinga will no doubt be the main event, the duel between their respective deputies could be just as captivating for a number of factors.

More than any other election under the 2010 Constitution when the concept of running mate was introduced, the post has assumed much greater significance in terms of what it brings to the ticket from regional numbers, the appeal of the nominee across ethnic boundaries, gender factors, record and background, charisma and electability.

Both Dr Ruto and Mr Odinga selected a running mate from Central Kenya for obvious reasons.

This was so because there was a need to secure the largest ethnic vote basket in the country that was considered up for grabs in the absence of a successor to President Uhuru Kenyatta from the mountain.

By the time they unveiled their respective nominees within a day of each other in the middle of May, Dr Ruto was already seen to be running away with the huge Central Kenya vote despite the fact that President Kenyatta had abandoned him and instead thrown his weight behind the veteran opposition chief Odinga.

While Mr Odinga’s selection of Ms Karua was widely hailed as it caused ripples across the political landscape, Dr Ruto’s naming of Mr Gachagua elicited a collective groan, even from within Kenya Kwanza where he had trailed in a number of internal polls.

Ms Karua ticked so many boxes: The first woman on a major party ticket; reform credentials with a record in the trenches alongside Mr Odinga during the multi-party campaign in the 1990s; reputation as a clean politician during decades as MP for Gichugu and minister; and tough as nails, often referred to as ‘Iron Lady’ or ‘The only man’ in President Kibaki’s government.

Dr Ruto’s choice, by contrast, came only with two major credits, his mobilisation skills and reputation for spending generously in the search for votes.

The former district officer, who handily won the Mathira parliamentary seat on his first attempt in 2017, was also recognised for his experience in government administration, and his tough no-holds-barred approach, especially when taking the fight to President Kenyatta’s doorsteps in central Kenya.

It is also presumed that he knows where many of the skeletons lie hidden given a long stint as Mr Kenyatta’s personal assistant.

While the principal duel for State House is between Dr Ruto and Mr Odinga, what cannot be overlooked in the race to fill the central Kenya void after President Kenyatta’s exit.

The debate between Mr Gachagua and Ms Karua might help provide clarity because in many ways it will be about the presidential prospects of the two.

Ms Karua generated excitement that no doubt boosted Mr Odinga’s campaign, though it remains to be seen just how much she brought in actual votes, especially from the central Kenya region.

While Mr Gachagua is still acknowledged as a great mobiliser, the jury is still out on whether he added any votes from a region Dr Ruto had already captured.

A face-off will be an intriguing contest between two tough and strong-willed politicians, both armed with sharp tongues not used to taking prisoners.

Sharp and articulate, Karua on the campaign platform speaks in measured and careful tones, often sounding like a schoolteacher trying to explain a point to slow students.

Gachagua, by contrast, is the rough-hewn, garrulous performer with a penchant for verbal gaffes that often has Ruto wincing.

It is no accident that while the Azimio campaign has gone out of its way to feature Ms Karua alongside Odinga on billboards and TV advertisements, the Kenya Kwanza debate has preferred to keep Gachagua out of sight.

A debate will be the perfect opportunity for him to prove the sceptics wrong if he can hold his own and show that he was not a terrible mistake that called into question Ruto’s judgement.

And for Karua, a good performance will prove that the hype around her was indeed justified, and also place her in a strong position to fill the vacuum left by President Kenyatta, with an eye on 2027.

The writer is Macharia Gaitho, an independent journalist.

Deputy presidential debate to be held on July 19