• The bomb set of a fire on the car after it was badly damaged.

• The workers complained of multiple injuries especially on their legs and hands. 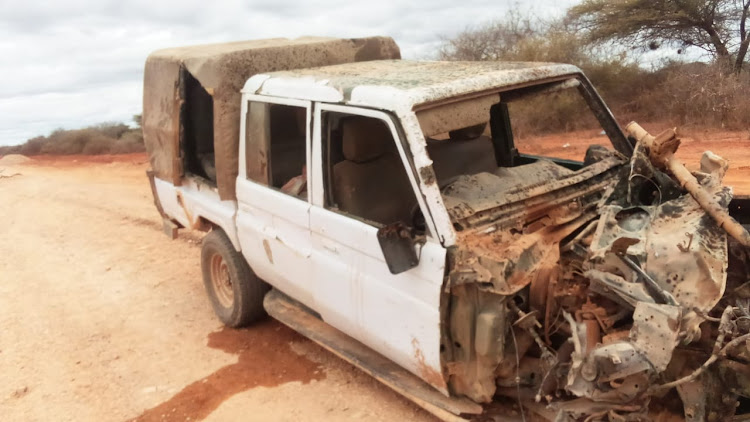 Wreckage of a vehicle after it ran over an IED in Dadach Qatarow between Ires Kinto and Domog along Wargadud- Takaba Road, Mandera County, on Thursday, July 14, 2022- Handout

Three workers of a road construction company were on Thursday injured when a vehicle they were traveling in was hit by an explosive device in Mandera County.

The workers belonging to Frontier Construction Company were driving towards Wargadug when their vehicle ran over an Improvised Explosive Devise, which set off a fire on the car.

The workers complained of multiple injuries especially on their legs and hands.

Police who responded to the scene said they did not find those behind the incident.

The area is near the Kenya-Somalia border, which is usually breached by al-shabaab terrorists.

The attack is another of a series of attacks in the area in the past month, including one where the perpetrators destroyed a communication mast using explosives. 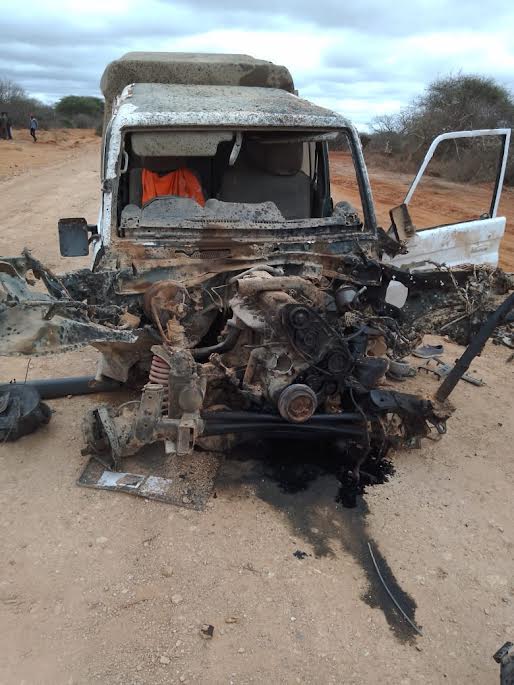 North Eastern police boss George Sedah said they had deployed additional personnel to pursue the gang operating in the area.

There have been calls on locals to help security agencies to tame such attacks.

The latest attacks come after a long lull, which was due to persistent security operations in the region and near the Kenya-Somalia border.

Dozens of special forces are in the region stretching from Mandera to Lamu to help secure the border from incursions from the terrorists.

The terrorists have been targeting security installations in the area.

Al-Shabaab terrorists have been attacking places in the region especially in Mandera and Garissa counties after breaching security zones. The attcks have left dozens of civilians and security officials dead and wounded.

Al-Shabaab militants on rampage lecture passengers for hours in Mandera

The bus was ferrying passengers from Nairobi to Mandera when the heavily armed men stopped it.
News
3 months ago

This is the latest such incident to happen in the area after a long lull.
News
3 months ago