Schools to administer up to five exams in 8-4-4, CBC within 9 weeks

Timetable released by Knec shows Grade 3, 4 and 5 learners will be assessed from July 18.

• For both curricula (Competency Based Curriculum and 8-4-4) students should sit almost three exams in nine weeks.

• During the same time, learners in 8-4-4 system should have sat three exams before they close on September, 17. 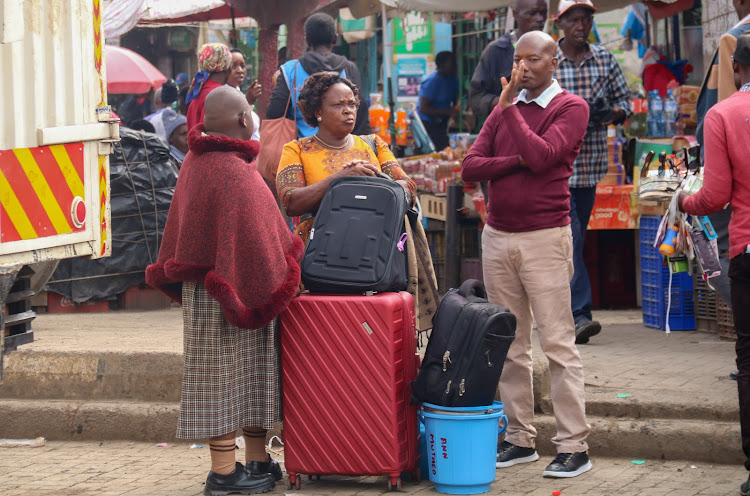 A learner with her parents waits for a matatu at Country Bus station on Wednesday May 4
Image: WILFRED NYANGARESI

Teachers in primary schools will administer more than four exams in the second term, which started this week.

As learners resume for the shortest second term, pressure has mounted on both teachers and students.

Competency Based Curriculum and 8-4-4 students should sit almost three exams in nine weeks.

According to a timetable released by Kenya National Examinations Council, Grades 3, 4 and 5 learners will be assessed from July 18.

“Schools will be able to access Grade 4, 5 and 6 practical subjects from July 18 to August 15, and should be uploaded by September 16,” the timetable reads.

The learners will be assessed in agriculture, art and craft, music and social studies, home science, physical and health education and science and technology.

Two weeks after completing this, teachers will be expected to administer written tests to Grade 6 learners from August 29 to September 9.

This will be the final assessment given to Grade 6 learners before they sit Kenya Primary School Education Assessment in November.

During the same time, learners in the 8-4-4 system should have sat three exams before they close on September 17.

Special needs education at the foundation level will be tested in activities of daily living, communication and pre-literacy skills from October 30 to November 11.

“Learners at the intermediate level in SNE will also be assessed during the same time and results uploaded by November 24,” the timetable reads.

Submission of other assessments before November 28 is meant to allow for smooth administration of KPSEA.

During the same period, Grade 4 and 5 will sit written tests in all 12 subjects.

The timetable, which was signed by KNEC chief executive officer David Njengere also directed that the assessments be downloaded as they appear on the portal.

“Assessment tools with coloured images should be printed in colour or loaded on the digital devices available in school,” Njengere said.

He said students will then be expected to answer the questions in separate answer sheets such as exercise books.

A sample of answer sheets for the KPSEA seen by the Star has revealed that there are multiple choices.

Students are expected to fill in the school code number, assessment number, candidate name and school.

From four multiple choices, they are instructed to cross one of the options to indicate the answer.

The pioneer cohort of CBC, currently in Grade 6, is expected to join junior secondary next year.

According to the ministry, 2.57 million students will be enrolled for Grade 7 and Form 1 during the double intake in January.

You can switch from CBC to Cambridge curriculum

It requires guidance, timing, assessment and a positive attitude
Sasa
6 months ago

He noted that the incoming government must continue to spend money  to sustain CBC.
News
7 months ago

MPs say the number of subjects meant for the learners might be burdensome.
News- Page 2
7 months ago