MCK calls for immediate probe after journalist is attacked

He said another journalist was harassed upon writing story touching on an MP.

• Nation Media Group journalist Ian Byron was assaulted by unknown individuals on Sunday while on duty in Kakrao, Migori County.

• Omwoyo said profiling, denial of access to information, intimidation and  harassment both online and offline are violation of press freedom. 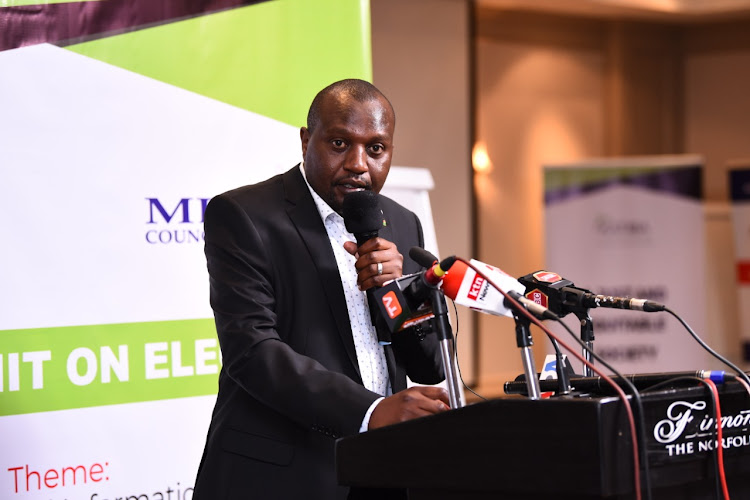 The Media Council of Kenya (MCK) has condemned an alleged attack on a journalist and called on police to investigate the matter.

Nation Media Group journalist Ian Byron was assaulted by unknown individuals on Sunday while on duty in Kakrao, Migori County.

"The MCK calls out the police to immediately investigate the incident that was reported at Migori Police Station after a journalist was attacked,  and take action against the assailants," he said.

Omwoyo said such cases have been on the rise in the past few days after another journalist was harassed after writing a news story touching on Suna East Member of Parliament Junnet  Mohammed.

In his statement, Omwoyo said profiling, denial of access to information, intimidation and harassment both online and offline are violations of press freedom.

"The Council have noted with concern the rising cases targeting journalists and media enterprises from politicians," he added.

He warned further that attacks on any journalist are a violation of Articles 33, 34 and 35 of the Constitution of Kenya 2010.

The Articles highlight the freedom of expression, freedom of the media and right to access information.

He cautioned all media houses and journalists to remain solid and be on the lookout for each other in ensuring safety and ensuring freedom of expression are achieved.

The recently released Inter-Media Safety Charter requires all media outlets to take responsibility to ensure safety and practical protection of free speech as well as safety for journalists.

Media urged to handle parallel tallying of polls with caution

How to cover elections in banditry-prone areas

The Media Council trained journalists on safety skills ahead of elections
Counties
4 months ago
Post a comment
WATCH: The latest videos from the Star
by BERTHA OCHOMO
News
12 July 2022 - 12:18
Read The E-Paper