Some 4.1 million Kenyans are in dire need of food while close to one million children under 2 years are malnourished

•Kenya’s agriculture is predominantly small-scale farming and is carried out on farms averaging 0.2–3ha, mostly on a subsistence basis.

•Small-scale operations account for over 70 per cent of agricultural production and meet about 75 per cent of the national food demand. 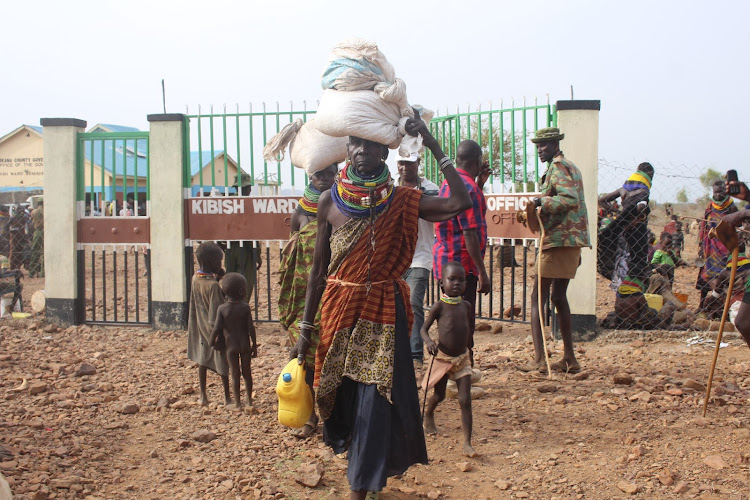 Kenyans can have the right to food if the government puts more money into smallholder producers and local agroecological food systems.

This is according to Route to Food Initiative, a lobby pushing the government to ensure that all Kenyans have access to adequate food.

"There is a need to repurpose policies in agriculture and food systems by reallocating existing public budgets with the goal of reducing the cost of nutritious foods, increasing availability and affordability of healthy diets," she said.

Kenya’s agriculture is predominantly small-scale farming and is carried out on farms averaging 0.2–3ha, mostly on a subsistence basis.

Small-scale operations account for more than 70 per cent of agricultural production and meet about 75 per cent of the national food demand.

Ogutu said ensuring the right to food can be done by enhancing local food systems that are effective and efficient.

"In addition, we have regularly called on the government to invest more in smallholder producers and local agroecological food systems, which would establish a food web in Kenya," Ogutu said.

"This will support the production of healthy food, protects the country’s agricultural biodiversity and enhance resilience to climate change."

She said there should be at least one extension officer per 300 farmers.

“The policy shift here is therefore multisector where we are not looking at extension services but the kind of knowledge they are transferring to farmers,” Ogutu said.

This comes even as a new report shows that the number of people affected by hunger globally rose to 828 million in 2021.

The 2022 edition of The State of Food Security and Nutrition report in the world provides fresh evidence that we are moving further from the goal of ending hunger, food insecurity and malnutrition in all its forms by 2030.

The report presents updates on the food security and nutrition situation around the world, including the latest estimates of the cost and affordability of a healthy diet.

It also looks at ways in which governments can repurpose their current support to agriculture to reduce the cost of healthy diets, mindful of the limited public resources available in many parts of the world.

The report was jointly published on Wednesday last week by the Food and Agriculture Organisation (FAO), the International Fund for Agricultural Development (IFAD), Unicef, World Food Programme and WHO.

Around 2.3 billion people in the world (29.3 per cent) were moderately or severely food insecure in 2021.

This is 350 million more compared to before the outbreak of the Covid‑19 pandemic.

Nearly 924 million people (11.7 per cent of the global population) faced food insecurity at severe levels, an increase of 207 million in two years.

The gender gap in food insecurity continued to rise in 2021 - 31.9 per cent of women in the world were moderately or severely food insecure, compared to 27.6 per cent of men.

Almost 3.1 billion people could not afford a healthy diet in 2020, up 112 million from 2019, reflecting the effects of inflation in consumer food prices stemming from the economic impacts of the Covid pandemic and the measures put in place to contain it.

According to the report, an estimated 45 million children under the age of five were suffering from wasting, the deadliest form of malnutrition, which increases children’s risk of death by up to 12 times.

Furthermore, 149 million children under the age of five had stunted growth and development due to a chronic lack of essential nutrients in their diets, while 39 million were overweight.

“Progress is being made on exclusive breastfeeding, with nearly 44 per cent of infants fewer than six months of age being exclusively breastfed worldwide in 2020," the report reads.

"This is still short of the 50 per cent target by 2030. Of great concern, two in three children are not fed the minimum diverse diet they need to grow and develop to their full potential."