Police said no injury was reported but property was destroyed. 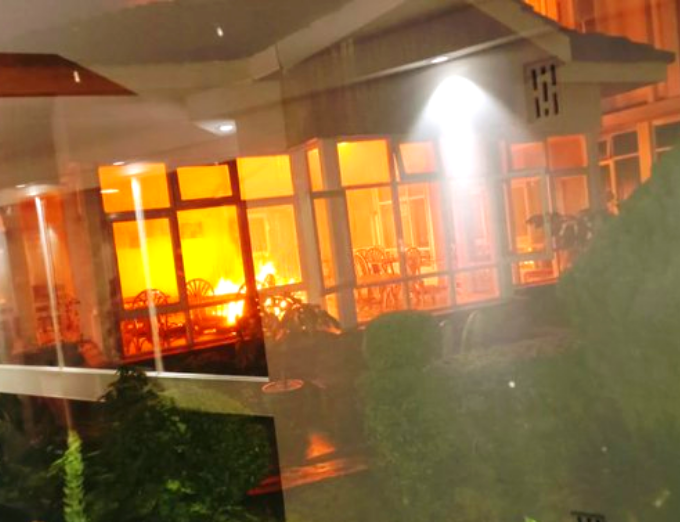 A fire at the KBC canteen on July 11, 2022. Officials complained there was no response from the county fire brigade-

A morning fire destroyed a section of canteen at the Kenya Broadcasting Corporation premises sending panic to staff and the public.

Witnesses and police said the fire broke out a few minutes to 6 am on Monday.

The cause of the fire at the structure along Harry Thuku Road was not immediately established.

The affected structure is next to the broadcasting studios. Police said no injury was reported but property was destroyed.

The incident threw workers into panic as they evacuated from the Broadcasting House as others fought the inferno.

The fire was later contained by the police using an anti-riot lorry and efforts by the G4S and other private agencies.

Response efforts were initially delayed for lack of a stand-by fire engine from the Nairobi county government.

Police said they were informed the county fire brigade could not respond because the lorries are not insured.

Officials at the call center said they have been frustrated for the past week by lack of response from the County fire brigade who claim the lorries are not insured.

“They say their lorries are not covered and therefore cannot respond to the incidents. We have a big challenge here,” an officer who spoke on condition of anonymity said.

He said a similar fire incident on Sunday in Kangemi destroyed many structures because the engines could not respond.

The police expressed fear of a serious tragedy after a similar incident in Mukuru slums wasn't responded to for lack of the crucial service providers.

“We are forced to seek help from private fire brigade and sometimes the military, which is cumbersome and worrying,” added the officer.

The fire brigade is currently run by the Nairobi Metropolitan Services (NMS) and the county government.

Governor Anne Kananu said they will address the issue. She promised to address it as soon as possible.