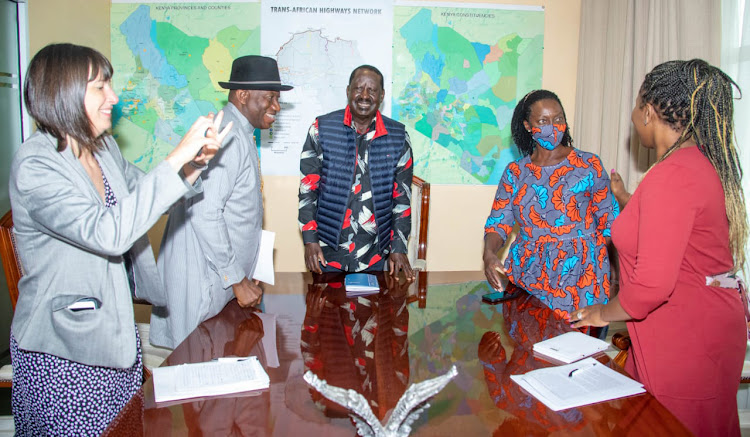 Poll observers have exposed IEBC's lack of election preparedness after an analysis revealed serious lapses on the transmission of results 35 days to the poll.

Two election observer teams have raised red flags over the commission’s readiness, saying it was yet to resolve the issue, among others crucial elements, as was raised by the Supreme Court in 2017.

In its latest assessment, a delegation from International Republican Institute (IRI) and the National Democratic Institute (NDI), led by former Nigerian President Goodluck Jonathan, has cited the recent simulation of the technology by the agency.

“IEBC organised a public simulation of the electronic results transmission system that was concluded after approximately 2.5 hours, with less than half of the results received,” the joint statement reads in part.

It further reads, “The test reflects unresolved challenges from the 2017 elections, notably the slow uploading of scanned polling station result protocols —form 34A — to the IEBC’s centralised portal, which resulted in confusion and distrust in the process.”

In what is likely to hamper the credibility of the poll, the latest pre-election assessment mission said that while some improvements have been made, there have been new challenges that needed to be addressed before August 9.

The delegation further raised issues with IEBC’s purported acquisition of satellite modems for the polling stations without 3G networks.

“Although IEBC has purportedly acquired a sufficient number of satellite modems to cover those centres, those systems have not all been fully tested in the field,” the delegation said.

Low levels of voter education, gaps in public awareness about election administration procedures and instances of disinformation, hate speech, and online violence against women are the other challenges they have raised.

The delegation is however optimistic that the agency will seek to address the concerns before the poll day.

“There is still time before Election Day to enhance the process, but continued diligence will be required of all stakeholders to ensure that the elections are conducted and perceived as transparent and credible,” they said in their report.

During the first assessment process by a team led by Ghana’s electoral commission chairperson Jean Mensa, the delegation said that Kenyans had the potential to break the pattern of disputed elections and prevent election-related violence in 2022.

This, they said, will require concerted efforts not only by the IEBC but all political parties, security services, civil society and the media and faith-based organisations.

Other challenges they highlighted include verifiability and open election results data, importance of IEBC communications to promote public confidence, voter registry, voter education, participation of youth and people with disabilities and candidate certification.

Some of the progresses, they said, have been made are increased media engagement and access, progress in election administration, political outreach to women, advances in the peace and security environment and responsive court processes.

To build confidence among the electorate, the observers are recommending that IEBC consider conducting countrywide load tests of the entire results management system.

The electoral agency should also ensure that political parties, candidates and media that may report voting results to verify to avoid premature conclusions.

“IEBC results portal should follow open data principles for polling station-level results to make them available to the public in a timely, analysable and bulk format,” they said.

They added, “IEBC should prioritise public communications related to the results transmission process, including specifics of the chain of command and redundancies built into the process to safeguard its integrity.”

IRI and NDI have called on electoral stakeholders such as IEBC, civil society and the media to accelerate voter education efforts.

They recommended that electoral commission should develop a simple graphic depiction of the voting process to be posted on key media in order to educate voters and set expectations.

The court allowed IEBC to proceed with printing ballot papers as the case proceeds.
News
1 month ago

The commission says it can only reverse the decision through a court order.
News
1 month ago

The High Court Friday morning dismissed his case for lack of merit.
News
1 month ago
“WATCH: The latest videos from the Star”
by FELIX KIPKEMOI Political Reporter
News
03 July 2022 - 23:00