The group said they are solidly behind Raila's presidential bid.

•Elders said that the governor had transformed the county in the shortest time he has been in office.

•TheY said the Mount Kenya region is behind president Uhuru Kenyatta and his handshake partner Raila Odinga. 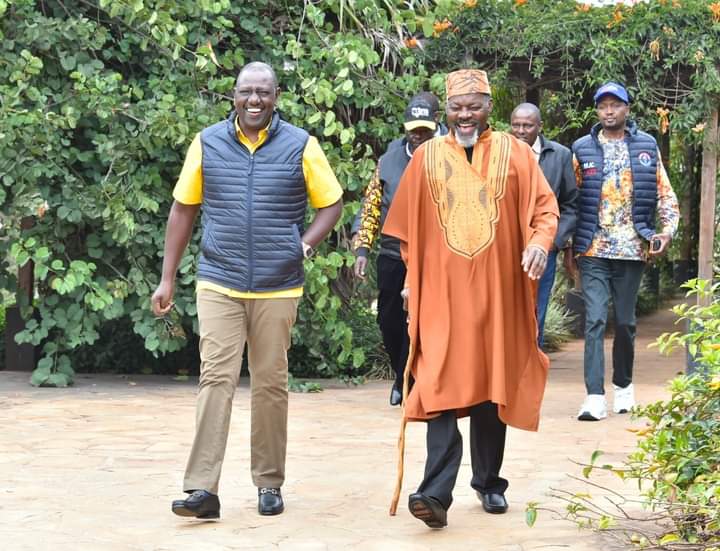 A section of Kiambu elders has dismissed a group that met with Deputy President William Ruto at his Karen office on Friday.

“It is very open that there is a section of the Kiambu men that saw it fit to go to Karen but it is not from the leadership of Kiambu or Muranga. It is not us who sent the group to Karen," he said.

The elders addressed the press at their shrine in Juja after they hosted the Kiambu governor James Nyoro.

The elders said the Mount Kenya region is behind president Uhuru Kenyatta and his handshake partner Raila Odinga.

"We have agreed that no matter what they will take from Karen, they should still come back and together we support Azimio la Umoja," Minae said.

At the same time, the elders used the opportunity to campaign for governor Nyoro urging the residents of the Kiambu community to support him in the coming polls.

They said the governor has transformed the county in the shortest time he has been in office.

He did not divulge the details of the meeting.

Say Kiraitu refused to address their demands and they have suffered for years.
Counties
1 month ago

The DP has been to Mt Kenya more than any other region in the country
Siasa
4 months ago
WATCH: The latest videos from the Star
by PERPETUA ETYANG
News
02 July 2022 - 14:00