The court allowed IEBC to proceed with printing ballot papers as the case proceeds.

• Justice Antony Mrima issued the interim orders pending the hearing and determination of the case.

The judge allowed IEBC to proceed with the process of printing ballot papers as the case proceeds. 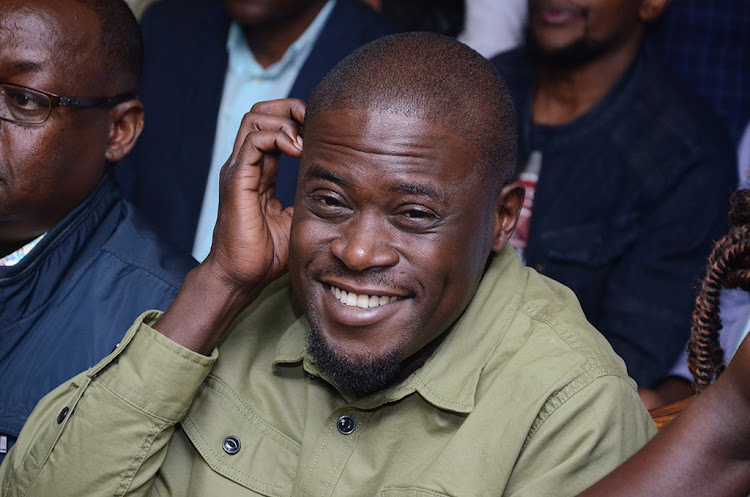 Nairobi gubernatorial candidate Johnson Sakaja has gotten temporary reprieve after the court on Friday declined to strike him off the ballot.

Justice Antony Mrima issued the interim orders pending the hearing and determination of a case seeking to block him from the race.

The judge said the request for the order will affect other parties before they are accorded an opportunity to be heard.

"Given that steps have ready been taken for an expedited hearing for this matter, hence the order shall not be issued at this point," the judge ruled.

He allowed IEBC to proceed with the process of printing ballot papers as the case proceeds.

The commission was expected to start the printing of ballots on Thursday, June 30, 2022.

Dennis Wahome had moved to High Court seeking orders to compel the commission not to print ballot papers for Nairobi governor seat until his case that sought to block Sakaja from the race is heard and determined.

Wahome argued that IEBC's Dispute Resolution Committee (DRC) cleared Sakaja to contest for the August 9 polls yet the senator is unqualified to vie for the seat of governor because he lacks a degree.

The voter argued in his petition that Sakaja's Bachelor of Science in Management degree he claims he acquired from Uganda's Team University was forged.

The commission held that neither Sakaja nor Team University had provided any proof that the senator studied at the university.

CUE also pointed out that the Bachelor of Science in Management (External) course was not being offered by the Ugandan university during the period Sakaja claims he studied and graduated.

On Friday, the senator confessed that he did not finish his education at the University of Nairobi because he lacked fees.

"There were a few units I did not complete but the ceremony of graduation is not what confers the knowledge to you," Sakaja said in an interview on Spice FM.

Meanwhile, the Directorate of Criminal Investigations (DCI) is Friday expected to submit its report on aspirants' academic qualifications to the Director of Public Prosecutions.

The DCI initiated the probe after several cases of questionable academic credentials came up as IEBC was clearing presidential candidates.

He wants IEBC not to print ballot papers until the case is heard and determined.
News
3 months ago